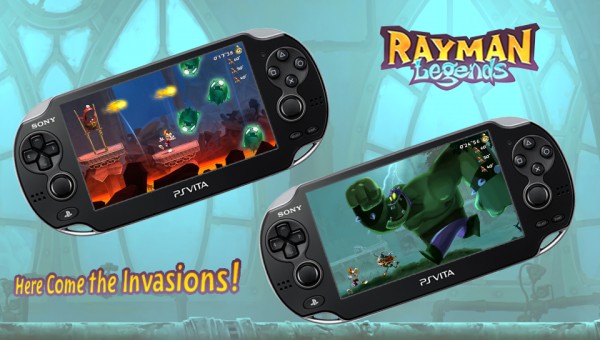 PS Vita owners of Rayman Legends have another reason to celebrate today. Ubisoft has announced that the new patch for Rayman Legends contains 28 new Invasion Levels. Players will need to avoid enemies and traps in the new levels under the pressure of time. The content patch also raises the amount of Teensies to rescue to 700.

Ubisoft Montpellier’s Rayman Legends is a platformer and follow up to the 2011 platformer Rayman Origins. Players will run, jump and free Teensies on more than 120 levels. The game supports up to four players at a time. Rayman Legends is available for PS Vita, PlayStation 3, Xbox 360, Wii U, and Windows.