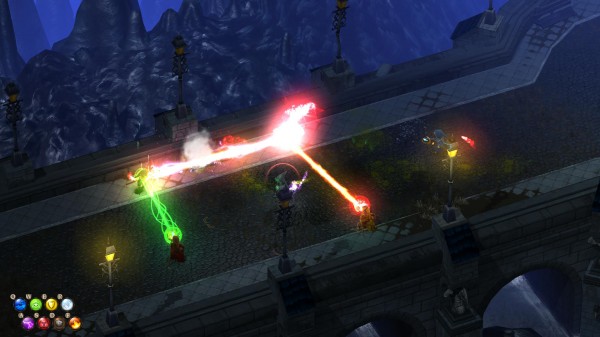 The Magicka series is moving on to new things. Today’s release of Magicka: Dungeons & Gargoyles marks the final DLC for the long running indie game. The expansion pack DLC is the conclusion to the popular Dungeons & Daemons expansion. The Wizards will need to fight their way out of Old Aldrheim. Dungeons & Gargoyles costs $3.99. Additionally, Magicka and most of its DLC is 75% off this weekend on Steam. Gamers can also check out the base game for free all weekend!

Magicka: Wizards of the Square Tablet has finally been ported to Windows. The game features cross platform co-op which will allow gamers on all three platforms to play with each other. Owners of the Windows version will also get a bonus robes and staves in game that can be transferred to the mobile version. Magicka: Wizards of the Square Tablet is now available for $4.99.