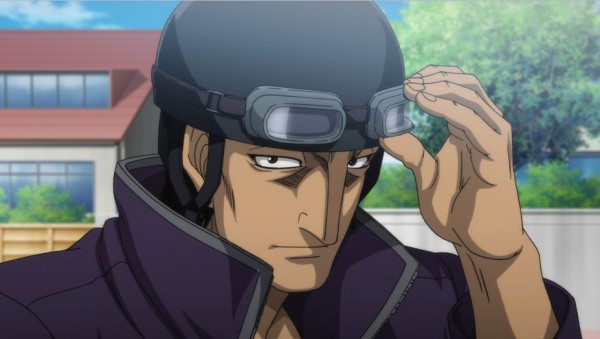 Hajime No Ippo, as a series, has a certain structure; there are pre-fight episodes, the fight episodes themselves, post-fight episodes and then there may possibly be an entirely humorous episode thrown in just to change things up a little bit. Episode 8 is very much a pre-fight episode wherein which Ippo must now train up the Dempsey Roll to be much more than it currently is because, at this point in time, it is almost defeat-able. Shimabukuro has nearly done it and now Ryuuhei is threatening to do it and it seems as though Ippo is being backed into a corner with people coming at him left, right and centre, ready to crush him and his signature move. Ippo, alongside the other gym members, realise this and now must work to make it better but before they can evolve it they must first crush it. 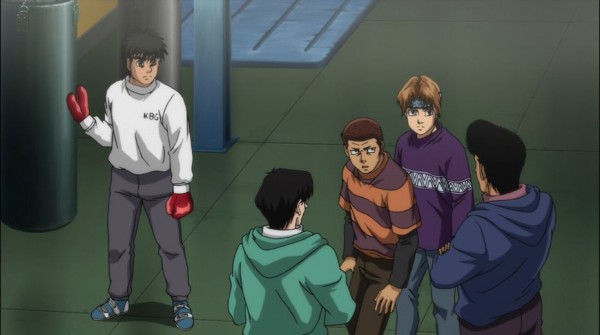 The comparisons between Ippo and his soon to be opponent Ryuuhei have now begun and this time it shows something both incredible and deadly. Ryuuhei visits his old teacher who just so happened to be the first man to ever take him to a boxing gym, the teacher saw that Ryuuhei had a lot of aggression as a child and sought to see it exercised from his body much like demon but, after chatting to Ryuuhei over dinner, he sees the type of ruthless killer he has become and now blames himself for not quenching his thirst for blood and for making his thirst all the more greater. Ryuuhei, over dinner, explains his need to feel flesh crumble under his fist, he counters because it uses the oponnents force aginst them and, to him, gives him a greater sense of satisfaction. 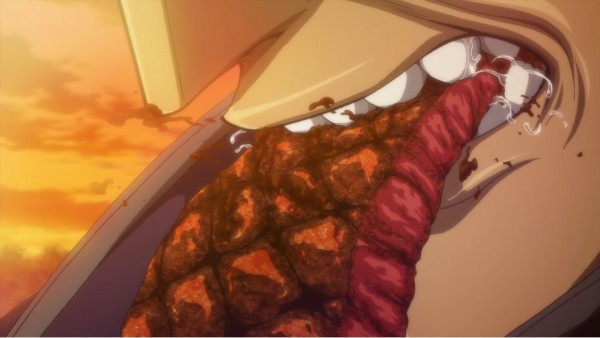 On the other side of the coin, Ippo continues to train, as he does so he meets an old friend, Vorg, who he once used to fight against. Vorg lost to Ippo and retired from the sport for a very long time, he gave his gloves to Ippo and now, many years later, he has come to get them back so that he can finally rejoin the sport. He too hears of Ippo’s opponent and is immediately interested, although he doesn’t play all that big of a role in this episode I feel as though it is ultimately leading onto something. Itagaki Manabu, after a run in with “Team Aoki”, finally realises the trick behind Ippo’s Dempsey Roll; the reason it stuns an opponent is not just because of the impending force or simply the swerving around, it goes deeper than that, it is the fact that Ippo continuously moves in and out of an opponents blind spot that scares them so much. 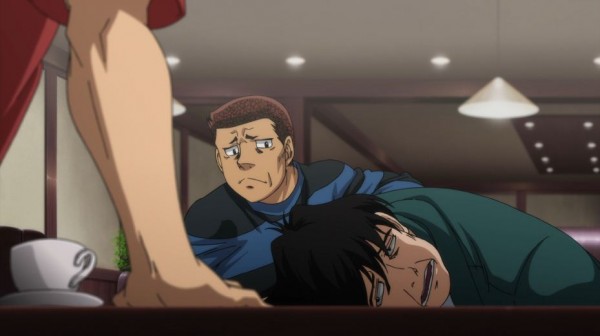 Manabu realises that a simple step back away from Ippo will not only eliminate the blind spot issue but it also gives the opponent a greater chance to counter which just so happens to be Ryuuhei’s speciality. Ippo knows this now, Ryuuhei clearly knows this and now it’s time to evolve the Dempsey Roll and make it all the more powerful. I cannot wait to see the fight between Ippo and Ryuuhei, it’s going to be one of the biggest fights of the season and we might actually see Ippo fail, the chances are low but the fact is it may happen and, either way, it’s going to be an incredible fight to see. Bring on episode 9! Check out more Hajime No Ippo – Rising Impressions HERE.