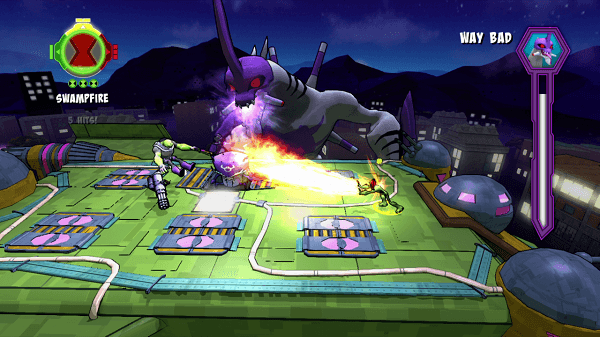 Namco Bandai has today released some new screenshots showing off the new types of enemy they can expect to face off against in Ben 10: Omniverse 2. Players set off on an all-new adventure with Ben and his Omnitrix-powered alien forms as he battles against the latest galactic threat, The Incurseans. Ben 10 will head to Earth with his partner Azmuth, creator of the Omnitrix, as they venture into the Incursean’s intergalactic warship to try and thwart Emperor Mileous.

Ben 10: Omniverse 2 will feature all new enemies in The Incurseans, an aggressive and technologically advanced frog-like species that want nothing more than to bring war to the world. These new enemy types include: