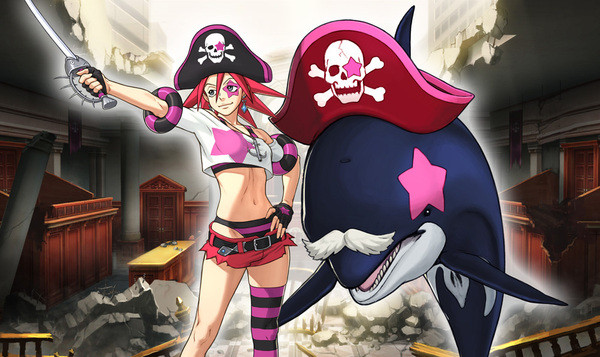 If you’ve already finished the entire story of Ace Attorney: Dual Destinies (you can also check out the review here) you shouldn’t fret too quickly because in a weeks time you’ll be digging nose-deep into a brand new and extremely odd, for Phoenix Wright standards, case wherein which you must defend a Killer Whale, Orla, who is being charged for murder.

Seems quite fitting considering it’s name. This full length case introduces Sasha Buckler a pirate and marine-enthusiast who I believe will play a big part in Orla’s case. The DLC, “Turnabout Reclaimed”, for us out here in the West drops on the 21st of November and will sell for $5.99/ €4.99/£3.99 through the Nintendo eShop and is only available on the 3DS exactly like the game itself. Can a killer whale really…kill? You’ll soon find out wont you?