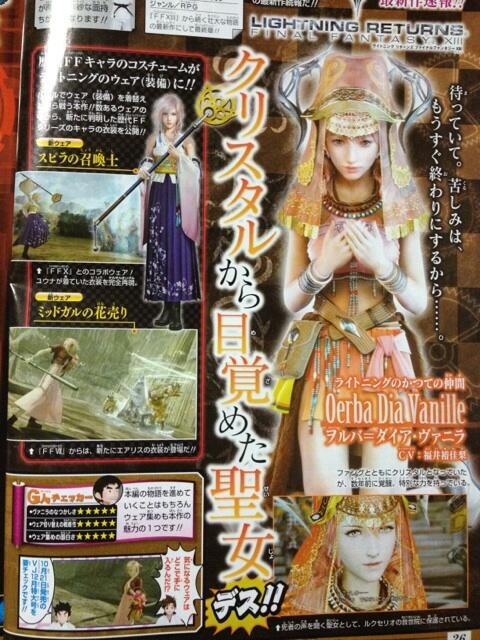 It seems that not only will Fang be de-crystalized in Square Enix‘s Lightning Returns: Final Fantasy XIII but it seems that her friend Vanille will also be making a normal appearance in the game. Today it was revealed in the latest issue of Jump magazine that Oerba dia Vanille will appear in the game with her same costume, but with a large hat since she is now considered a saint.

When she awoke from the crystal Vanille was given special powers that allow her to hear the voices of the dead. Other than the fact that she is protected at the Luxerion Salvation Temple, no further details were provided.