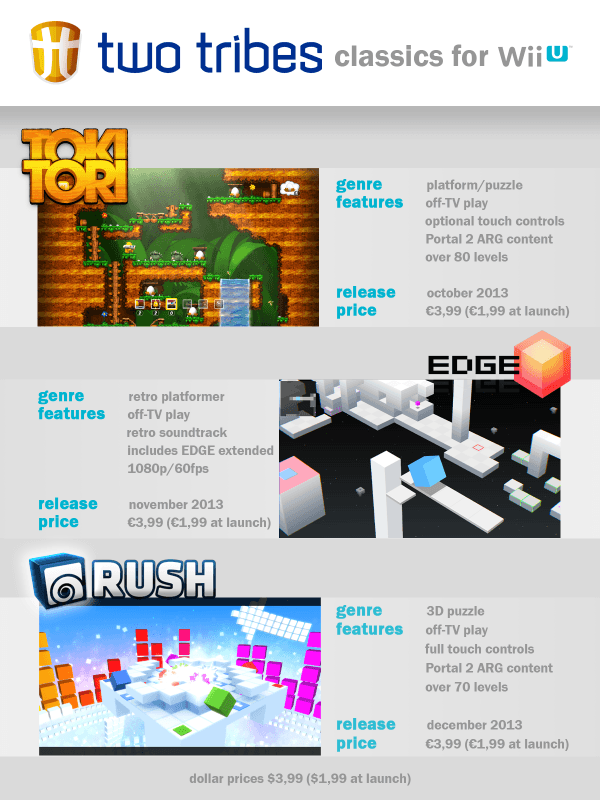 Riding on the success of Toki Tori 2 on Wii U, Two Tribes is releasing three classic games for the Wii U. Toki Tori, EDGE, and Rush will be made available for the Wii U over the next three months. The games will cost €3.99 each. A special deal during the launch will drop the price down to €1.99. The games are all optimized to run with the Wii U GamePad.