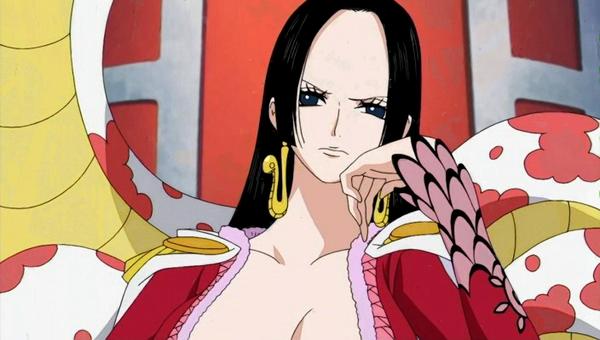 Up until this point Namco Bandai’s upcoming PlayStation 3 and PlayStation Vita fighting game J-Stars Victory Vs has, pretty much, been dominated by a male roster, well now that’s about to change because we’ve just caught wind of some super sexy ladies who will be kicking butt alongside these juggernauts of Anime and Manga. One Piece’s Boa Hancock, Bleach’s Rukia Kuchiki, Nisekoi’s Chitoge Kirisaki and To Love-Ru’s Lala Satalin Deviluke will be the first group of ladies to make the jump to the game. 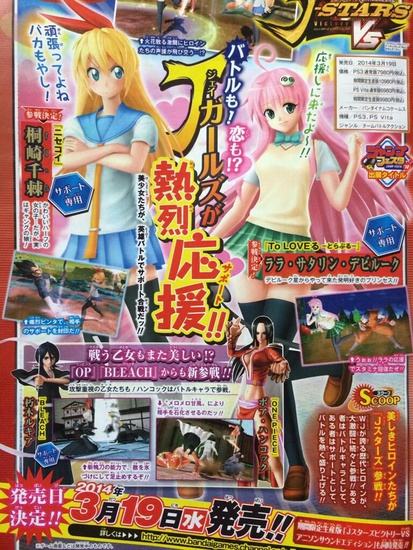 All of them, apart from Boa Hancock, will be Support Characters only. Boa Hancock will be a fierce fighter with her Mero mero Sweet Wind attack that can turn enemies into stone alongside a flurry of other techniques that’ll be used in battle against the other character. The support characters aren’t too far from great either with Rukia being able to freeze enemies, Chitoge can disable the use of support characters for your opponents and Lala can heal you as she cheers along. Another great update for this piece of news is that a release date has finally been announced, J-Stars Victory Vs is set for a release on the 19th of March 2014 so start getting pumped up for the release and keep your eyes on the site for any and all news and information to be released. 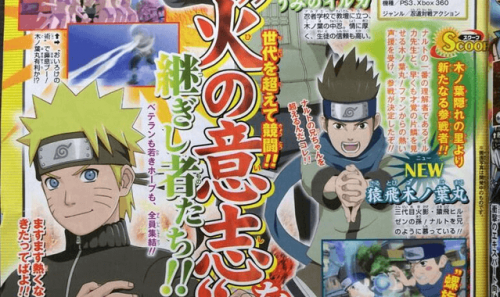