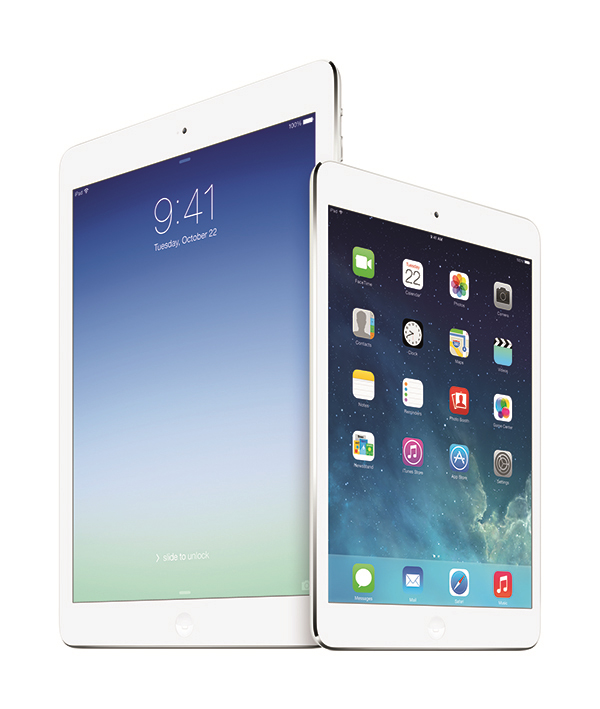 The 5th generation iPad called the iPad Air was announced today. The new iPads are 20% thinner and 28% lighter compared to the previous 4th generation iPads. The new iPad Air also contains a 64-bit A7 chip that has helped cut the bulky iPad 3/4 batteries down by 24%. Additionally, Apple announced the iPad Mini refresh. For the first time, the iPad Mini will boast a Retina display. The smaller Minis now boast a 326 pixel per inch screen with a 2048 x 1536 resolution screen.

Both devices feature MIMO wireless technology and compatibility with LTE networks. The front facing cameras have been updated to FaceTime HD cameras while the rear cameras are iSight 5MP models. The iPad Air WiFi will go on sale on November 1st in the US at a starting price of $499 USD for 16GB WiFi model while the updated Minis will be released in late November starting at $399 USD for 16 GB Wifi model. Both devices will be available in either silver or space gray.