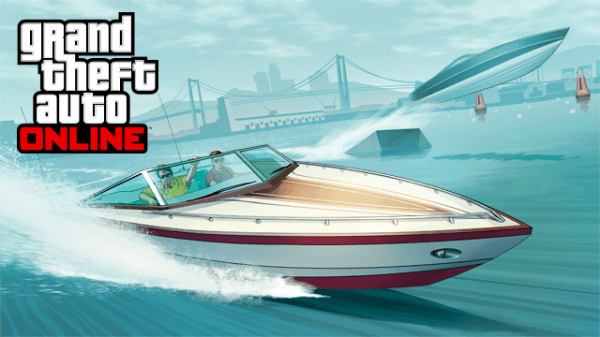 It has been about two weeks since the inauspicious launch of GTA Online, but a title update released just the other day has rectified many of the issues experienced during its rocky infancy, from a progress halting tutorial mode glitch, to lost characters and saves… although they won’t be able to be retrieved, players now have less reason to be hesitant about joining in on the multiplayer, open-world carnage.

In between reviews this weekend, I’ve been able to clock in a solid amount of time with the mode – which is almost unfair to call a “mode” due to its scope and breadth – and have my own impressions to share for those who haven’t ventured outside the single-player campaign, or are not one of the 21 million consumers enjoying this amazing game so far. For the foreseeable future, GTA Online is only accessible through the pause menu of GTA V, but Rockstar do see it becoming its own, self-contained universe down the line. Before getting stuck in, first thing’s first – character creation, and GTA Online does things a little bit differently in this field… 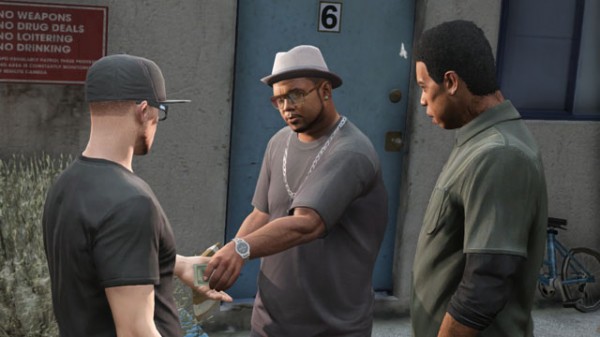 In defining who you want to be, the question of your lineage comes to the fore, as you choose your grandparents on both sides of the family. Sliders enable you to tweak who you more closely resemble from each set. Aside from the usual customisation options you’d expect at the start of a game, your character’s initial fashion and skillset are determined by the allocation of points – which represent hours in a day – to a number of pre-set activities. These include Legal and Illegal Activities, Family Time, Sports/Exercise and more. Funnily enough, to be a naturally amoral resident of San Andreas, it seems spending limited time with family a day is required, as 4 hours is the maximum amount allowed.

Once you’re happy with your guy/girl – yes, for those unaware, you can play as a woman for the first time in the series – the game can begin. An opening cutscene shows you arriving at Los Santos International Airport to be greeted by none other than Lamar, Franklin’s best friend. He eases you into life in the city by throwing you straight into a street race. Something to note, by the way, is the fact that the player character is mute… no dialogue, not even a grunt or scream when hurt or falling from great heights. It’s interesting to see how Rockstar wrote the script around this restriction, with support characters making references to you being a “quiet person”. As fans will know, they all have big mouths and like to ramble, so the one-way conversations are still entertaining. 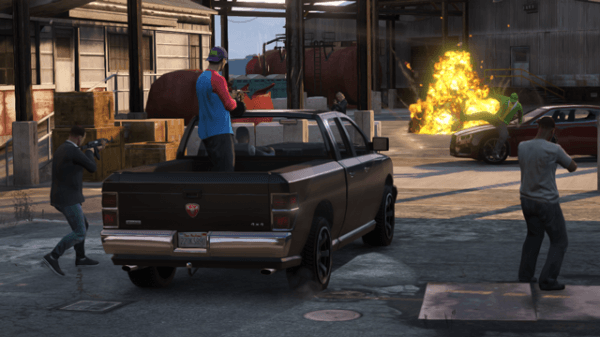 After the tutorial-section, you’re set free to roam the state. Now, before I could even attempt a job on the map, I was bombarded by annoying chatter from other players. For a while, I had absolutely no idea how to alter chat settings, but finally found them in the “interaction menu” accessed by holding the ‘back’ button on the Xbox 360. Options include allowing chat for everyone, friends only, crew only, or a combination of the latter two. The same parameters can be decided for who you wish to allow access to your personal vehicle (which we’ll get to shortly) and how you want to experience GTA Online at the outset. So if you want to go online and play by yourself, without the potentially 15-strong multiplayer co-inhabitants, you can do that.

In GTA Online, the mobile phone becomes even more useful and a truly key tool for providing a streamlined, connected affair. The internet is still accessible, and will be your financial saving grace as you can deposit your cash into your own Maze Bank account by visiting their website. This is important because, if killed, other players will be able to take the earnings that you carried on your person. Vehicular ownership is another core aspect that takes on a different life in GTA Online. You may purchase and store vehicles in a garage, but stealing any other car/motorcycle will have cops swarming on you should they spot you driving them at any point in time. 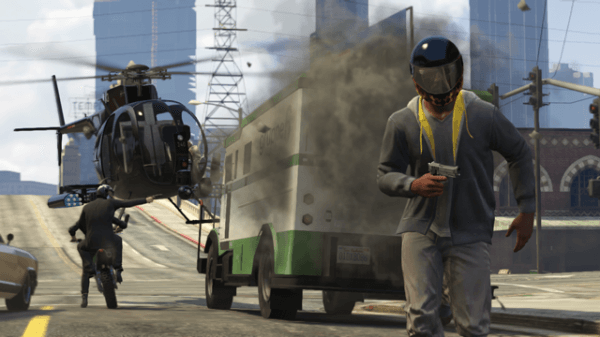 If you park your vehicle on the street, and allow the option as stated above, someone may commit a theft of your prized vehicle. In that case, you want to have a tracker built-in, and also – just to be safe – insurance. These can be bought at a Los Santos Customs. If your vehicle is stolen or destroyed, you can make a claim to ‘Mors Mutual Insurance’ by phone, and will have to pay a fee to have your vehicle delivered to their depot, good as new. While on topic, I encountered a somewhat common glitch whereby my vehicle turned invisible and could not be entered, although it still existed in physical space. Some low-life even attempted a drive-by on me, but my ghostly car protected me. They drove off confused.

Your mobile is also a portal for missions; you will receive phone calls and texts from story characters like Lamar and Simeon, setting up the more cinematic missions. You have the ability to accept missions from the phone’s interface, which will transport you to the appropriate location. If your instance of San Andreas is being populated by fellow players, they will appear on your Contacts page and can be invited for jobs and missions. It’s extremely easy and simple to jump into a Deathmatch, or join a Race. Other than these match types and their variants, there are also Capture the Flags and Heists (once you reach a certain level). When a job/match is finished, you can opt to stay with the current party, and a screen will then display 6 choices for flowing to the next job, as well as options to replay, refresh the list or exit, where majority rules. 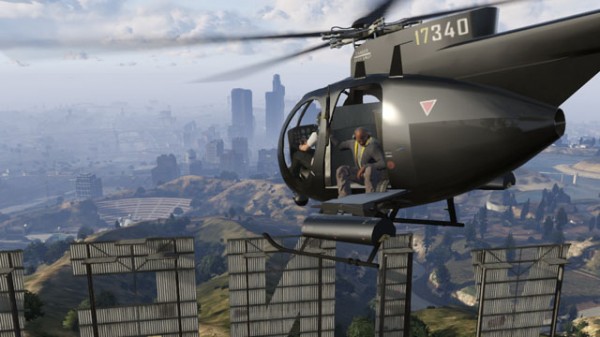 With every job you complete, you earn cash and reputation points which fill up your reputation meter and ranks you up. As you rank up, more clothing options, weapons and even mission types will become available. Speaking of clothing, you can switch between threads on the fly – continuing the philosophy of immediacy present. When matchmaking or waiting for a host, depending on the game type, you get the opportunity to customise your starting weapon, vehicle, radio station, celebration (a taunt that can also be activated in free roam by clicking in both thumbsticks) and to put down a bet, although many decline to do so considering money is tighter and takes real effort to accumulate in GTA Online. Where are all the risk-takers, like me?!

All mini-games and activities return from story mode, with arm wrestling being added to the plethora of past-times to partake in. When engaging in a mission, there is a limited number of Team Lives allowed, and should they run out, the player/s will automatically fail the mission. And dying will be a common occurrence, at least at first. If you don’t want to run up your hospital bills, it would be intelligent to avoid breaking too many laws as even a 1-star wanted rating draws gunfire from the coppers… they have absolutely no interest in arresting you. And most times, players have no interest in befriending you. Should one particular nuisance run you over, or murder you in cold blood, you can go on to challenge them to a one-on-one deathmatch to settle your differences. 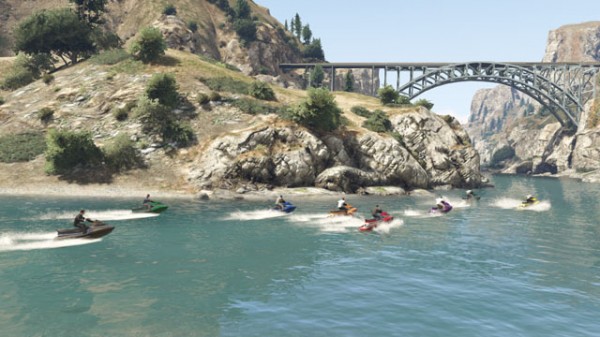 If you just want to explore and take a break from the constant paranoia of confrontation and sneaky assaults, you can pay $100 to enter passive mode, which disables weapons and damage on-foot until you decide otherwise. In a humorous moment – after your first death in free roam – vision of a floating Cris Formage, cult-leader of the Epsilon Program, informs you of this option in a prolonged monologue where he implores you to follow in his footsteps to enlightenment as a nonviolent human being in a violent world. There’s always something to do in GTA Online, and the variety of ways to play is astounding.

Though the title update has fixed many bugs, more are guaranteed to persist. What’s cardinal is the performance of the servers, and thankfully the experience was largely smooth and uninterrupted. It is beyond impressive to see this extremely ambitious concept brought to digital life and thriving, and it will only get better. Content-wise, there can be no complaints, especially when considering the content creation capabilities, where – at the most basic level – you can specify the rules and guidelines of hosted jobs. GTA Online is practically its own fully-fledged game, and a great extension of the elements/mechanics established in the single-player experience.