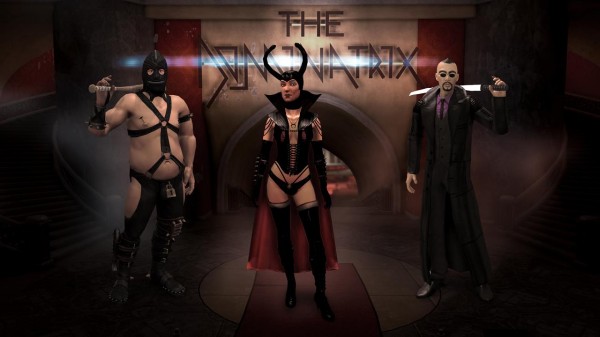 The DLC makes its long awaited arrival on October 22nd for $6.99, if you choose to purchase it separately. It delivers an alternate take on the Zin invasion storyline, where the Saints become trapped in a sexualised, virtual prison run by an A.I. program called The Dominatrix. You will encounter her army of gimps and sex-workers as you attempt to shut down her demented simulation. The DLC comes with a behind-the-scenes commentary on the content as well. Fans will also have the opportunity to ask the developers any questions they have in a 3-hour live-stream playthrough on October 23rd starting at 1pm Central Time on Volition’s twitch channel.

Saints Row: The Third Join Forces With Tim and Eric