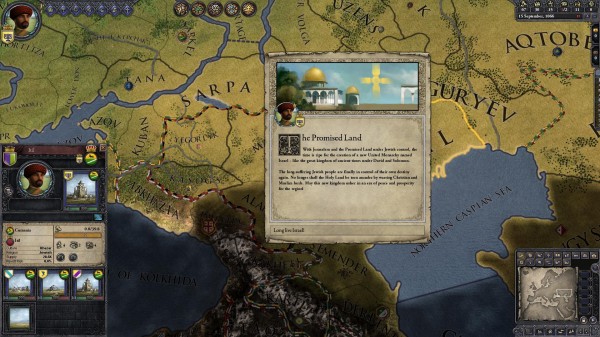 Paradox Interactive announced the latest addition on PC to the Crusader Kings II DLC library. Crusader Kings II: Sons of Abraham adds new content based on the tensions of the Jewish, Christian, and Islamic communities of the Middle Ages. Players can participate in Catholic intrigue in Rome, the Islamic divide between Mutazili and Ashari, or restore the Kingdom of Israel as a Jewish lord.

Crusader Kings II: Sons of Abraham will be available on November 18th, 2013 at multiple online stores, including Steam. In the mean time, check out the first developer diary on the College of Cardinals at the official Crusader Kings forum. No price has been officially announced.

War of the Vikings Preview 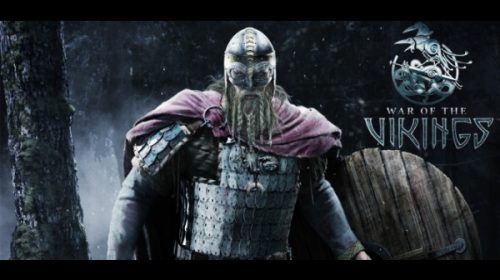 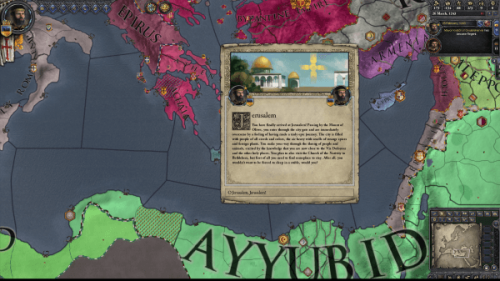