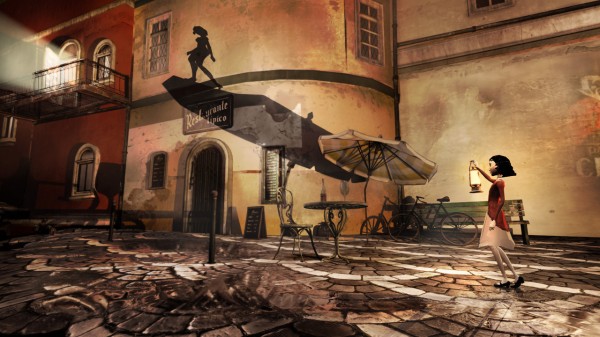 Focus Home Interactive has begun taking pre-orders for upcoming puzzle-platformer Contrast, and has released a new trailer featuring the games jazzy soundtrack. Check it out below as well as the screenshots released last month.

Developed by Compulsion Games and inspired by film noir, Contrast has players drifting in and out of their shadow dimension, playing with light and dark as they’re taken on a mysterious journey. The trailer reveals one of the game’s tracks from the official soundtrack, House on Fire performed by jazz singer Laura Ellis.

Contrast is releasing mid-November digitally for PC, PlayStation 3 and Xbox 360 and will come as a standard digital edition and a Collector’s Edition which includes the soundtrack and a 52-page art book.

PC gamers can pre-order the game now on Steam and receive 25% off on the Collector’s Edition. The soundtrack and art book will be made available immediately.