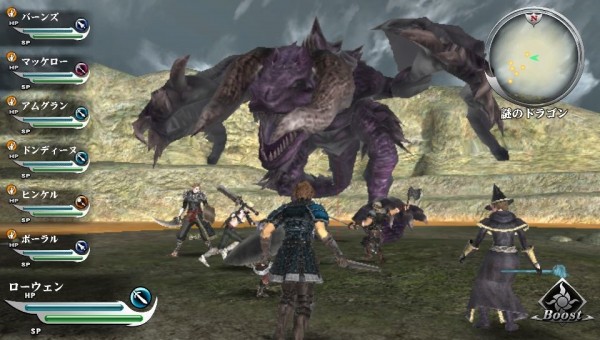 Today XSEED Games has released a new trailer for their upcoming action RPG, Valhalla Knights 3 and they have also given us some details about the various playable races that will be available in the game when it is released sometime in October.

The title will allow players to choose from seven different races which can be customized using a “robust” character creation system.” There is a Wi-Fi option added for online play with other players. As for the seven playable races, XSEED has provided a description of each class and some of their capabilities. Below that, you will find a new gameplay trailer for the title.

Humans
As a species, humans are emotionally unstable, prone to deception, and – thanks in part to their relatively brief lifespans – rather shortsighted. However, they’re also known for their persistence and adaptability, and those two factors combined have made them the most populous race in the world. Being generalists rather than specialists, humans can handle almost any job, though few of them are considered masters of any one job in particular.

Elves
Most other races consider elves callous and haughty, but only because elves see things differently. With their centuries of life experience, most elves develop a long and broad perspective, so much so that they often ignore the whims of those too young to understand. Their lofty mindset gives them a natural affinity for magic of all kinds, and their near-agelessness gives them a long physical prime as well.

Halflings
With their diminutive stature and cherubic faces, halflings are often mistaken for children. But those who make that mistake — either by honest accident or in condescending laughter — often find themselves at the end of a slick blade or a clever trap. Without humanity’s numbers, elfkind’s magic, or dwarfkind’s brawn, halflings have come to pride themselves on their quick hands and sharp wits instead. Many halflings turn their size to their advantage in stealth and thievery. Others employ their steady fingers on the string of an archer’s bow, keeping low and out of sight until the perfect, fatal shot.

Dwarves
Despite the loud, boisterous stereotype, most dwarves are generally calm, polite, and focused on working toward their goals. If anyone or anything obstructs those goals, however, dwarves are capable of terrible fury, and their stocky frames hold enough compact power to unleash that fury in force. An industrious people without much care for magic, dwarves are at their best when making use of their endurance and brute strength. Many dwarves become fighters or soldiers, holding the line as few others can.

Beasts
The origin of the beast race is shrouded in mystery. Some say they were created in a magical experiment, while others suppose they simply evolved in the wildlands. Wherever they came from, the beast people have made their mark on society. Each beast bears the grace and power of nature’s deadliest predators, and takes great pride in every battle scar. Many of those scars come from their monthly mating period, when beasts of both genders are at their most ferocious. In addition to their natural physical talents, beasts are skilled with all types of weapons, though many prefer to fight with claws alone as Akatoki.

Nightmares
Nightmares are tall, frail beings with black or gray skin and pointed ears. Because of those ears, some call them “dark elves,” though any elf is quick to correct that. The two races have a long, unpleasant, and largely secret history; few books reference the nightmares at all, and most of those that do are kept under lock and key. To the rest of the world’s races, nightmares are generally known as rare, mysterious loners. Few nightmares become frontline warriors, as they have little natural tolerance for physical pain. Instead, they employ their phenomenal spellcasting talents, striking foes dead from across the battlefield.

Machines
Do autonomous machines qualify as a race, or are they simply tools for other races to use? Scholars and layfolk alike have debated that question, and others like it, since the first machine rose from its slab. Regardless, anyone with the knowledge can build a machine, whether in a royal foundry or a common scrapyard. Most new machines are clumsy and slow, as any flesh-and-blood infant would be, but have the potential for impressive growth through upgrades and care. Because their metal limbs can take more stress than organic bones, machines are uniquely suited to wield heavy firearms, and have their own job, known simply as “automaton,” specifically designed to do so.