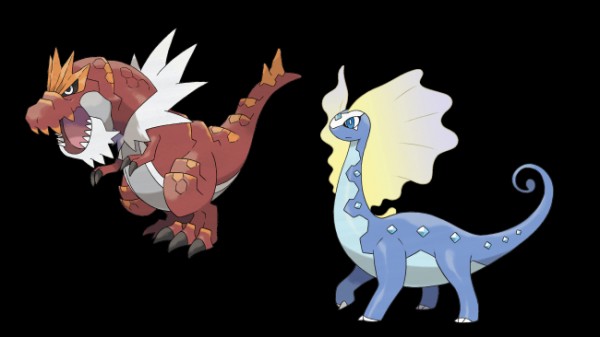 Over the weekend there was the leak of two new Pokemon for the upcoming Pokemon X and Y games. The leaks were of the evolutions of the two fossils that feature in this next generation. Now we here at Capsule Computers wanted to make sure that these leaks were 100% legit before reporting on them because often enough leaked images or information aren’t that reliable, well it just so happens that these leaks were confirmed to be entirely true by Game Freak and, as you can see above, we’ve even been given some fantastic-looking Official Images of the evolutions. Now without further delay I’m going to introduce you to the newest members of the Pokemon X and Y roster.

Both these Pokemon would make great additions to any team. Below are a few in-game screenshots of the two in action, they look fantastic and I can’t wait to see them first-hand once the game is released. Remember the game is set for release on the 12th of October, for the 3DS, which is only a few weeks away so if you havn’t pre-ordered your copy I suggest you head to your local game store now!

A Wild Diancie Appears! The Newest Pokemon Has Been Revealed