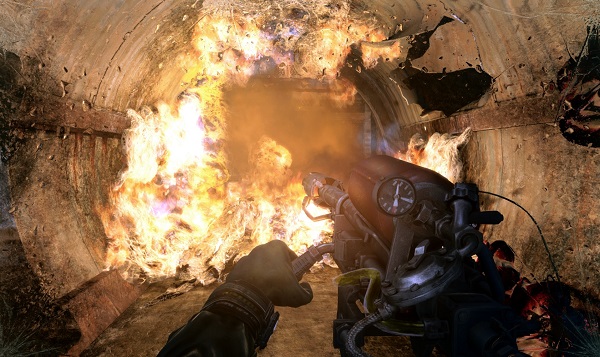 Today Deep Silver has announced that the third piece of DLC for Metro: Last Light has been dated and guess what, it’ll be hitting digital shelves next week. The DLC is called the ‘Developer Pack’ and with it comes a solo mission called “The Spider’s Nest” where players will need to escape from a spider infested catacomb while wielding a flamethrower.

There will also be a shooting range and a “Metro Museum” which will allow players to take a closer look at the various enemies and humans that are in the game. The Developer Pack will be free for anyone who bought the Season Pass and $3.99, £3.19 and €3.99 for those who haven’t picked it up.