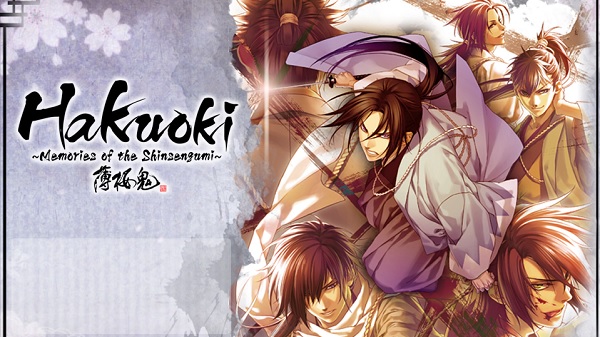 Asksys Games, the team behind the Record of Agarest War and BlazBlue series, have released their newest entry to the Hakuoki visual novel/otome series, Hakuoki: Memories of the Shinsengumi.

Features of the game include:

An Epic Tale of Love and Honor – Play as Chizuru, who finds herself embroiled in secrets and political intrigue as she searches for her missing father during her travels with the infamous Shinsengumi.

Six New Stories – Discover what happens in between major events, and gain a bit of insight into the minds of the characters! These side tales give new meaning to other events in the story, retelling scenes from the point of view of the male characters.

See The Men of Hakuoki in 3D – Utilizing the Nintendo 3DS system’s 3D functionality, play Hakuoki: Memories of the Shinsengumi in 3D! See those men up close and personal!

Photo / Movie Gallery– As you progress through the game, unlock a myriad of photos and movies from important moments in the story!

For more information, you can check out their official (age-gated) website here.