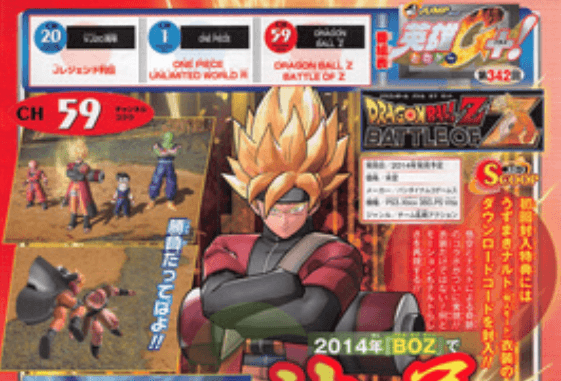 In Naruto Ultimate Ninja Storm 3 those who got the first copies of the game also received a special download code allowing Naruto to dress in the iconic orange gi of Goku. In the upcoming Dragon Ball Z: Battle of Z, Goku will be getting a similar treatment, being able to wear the Sage Mode outfit Naruto wears in the anime. In addition, the outfit will also give Goku some unique movements that match Naruto’s ability. Similar to Storm 3, the outfit will only be available to those who pick up the game at the beginning of its release and will come as a download code. The latest scan also confirmed the game would have a unique animated opening featuring battles of breakneck speeds and all of the characters, even the new Super Saiyan God.

This is an interesting move as no normal alternate oufits for characters have been announced for the game yet, which has led to some dissapointment as characters wear the incorrect outfits during certain parts of the story, something that is sure to bug any true fan. The game was also confirmed to be releasing in 2014 as opposed to this year, which means 2013 is the first year that a main console DBZ game will not be released since 2001. Battle of Z is coming to PS3, Xbox 360 in retail form and as a digital version on the PS Vita. We are expecting a huge flood of news about Battle of Z during the Tokyo Game Show which begins on the 19th, so stay tuned to Capsule Computers for all your latest Battle of Z info.

Madman chat with Dameon Clarke the voice of DBZ’s Cell 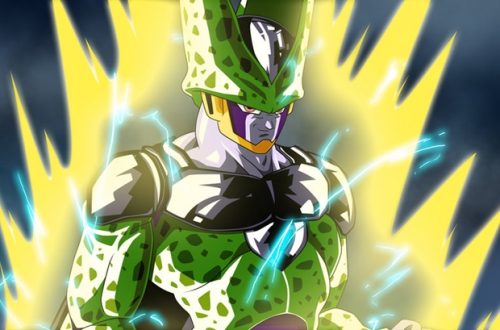