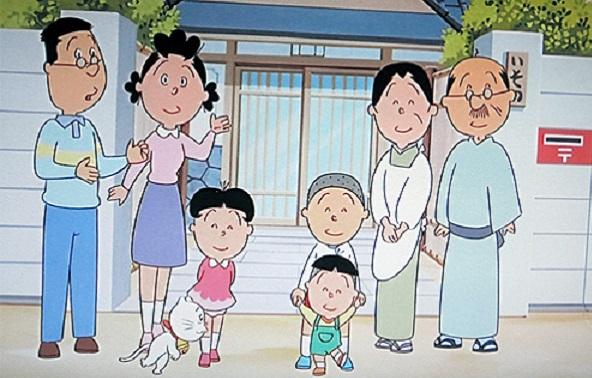 If I was to ask you what the longest running animated show was you’d be forgiven for thinking it was The Simpsons, but surprisingly there is an anime that has been going on for longer and it was officially recognized by the Guinness World Records committee last Thursday.

The anime Sazae-san is an adaptation of a comic strip created by Machiko Hasegawa. The series focuses around the main character Sazae Fuguta and her family, using everyday scenarios and topical themes as plot ideas for each story. The family friendly series focuses more on traditional aspects of Japanese culture and has been running since 1969 on FujiTV; the original comic strip ran from 1946-1974 in the national newspaper Asahi Shinbun.

You’re probably thinking how many episodes more has this series got over The Simpsons? Well let’s make a little comparison. Sazae-san has been around for over 45 years, that’s 21 more than the famed yellow family from Evergreen Terrace resulting in 2,250 episodes of Sazae-san being aired and 530 of The Simpsons.

The anime is still airing episodes and the main character Sazae Fuguta has been voiced by the same actress, Midori Kato, since the series began. Coincidently 45 years is also the time length Weekly Shonen Jump has been in publication.