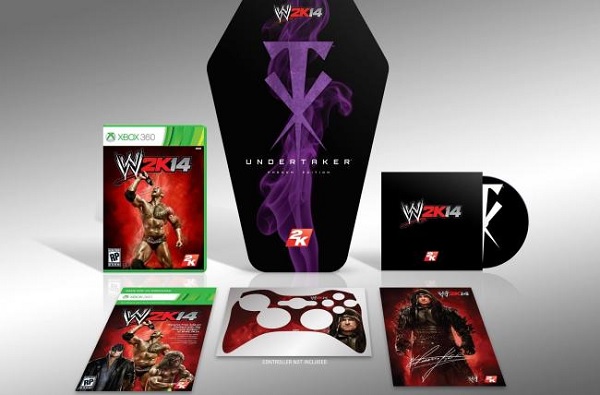 Today 2K Sports announced that they will be releasing a special edition of WWE 2K14 which focuses on the phenom himself, the man with the Wrestlemania streak of 21-0, The Undertaker. The “Phenom Edition” will cost $100, putting it $40 over the price of the standard game. Currently the game is set to be released on October 29th.

This special edition comes with all of the contents shown above, meaning a collectible tin coffin, the game itself, an art card signed by The Undertaker, a controller skin, the first disc of “The Streak” DVD set and a special playable version of The Undertaker which features his “American Badass” gimmick, for those who don’t remember the gimmick, screenshots of The American Badass Undertaker can be found below.

Justin Verlander will be on MLB 2K12’s cover