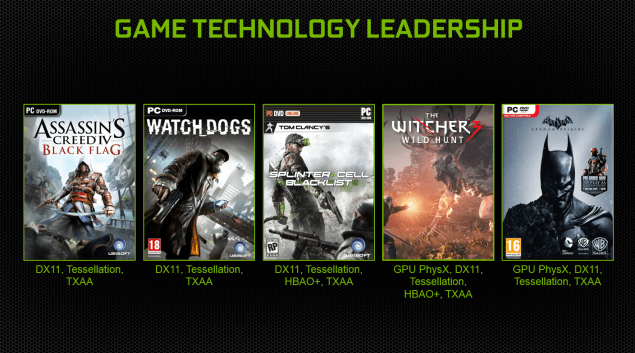 “The PC remains one of the world’s most popular gaming platforms, and we’re committed to offering PC players the best possible experience with our games. Combining NVIDIA’s visual computing expertise and the creativity of our development teams will give customers a stunning experience when choosing an Ubisoft game for the PC.”

Just the tip of the iceberg

“PC gaming is stronger than ever and Ubisoft understands that PC gamers demand a truly elite experience – the best resolutions, the smoothest frame rates and the latest gaming breakthroughs. We’ve worked closelywith Ubisoft’s incredibly talented creative teams throughout the development process to incorporate our technologies and deliver the most immersive and visually spectacular game worlds imaginable.”

Splinter Cell Blacklist will be released on August 23rd in the UK and will be available from participating retailers as part of an NVIDIA bundle with GeForce GTX 660, 660 Ti, 670, 680, 760, 770 or 780 GPUs. For more information, keep an eye on the official sites.