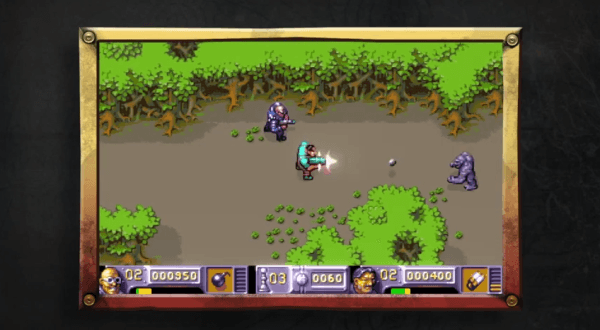 Mastertronic and Abstraction Games announced  the upcoming release of The Chaos Engine, a classic Amiga game originally developed by The Bitmap Brothers.

Coming to PC, Mac, and Linux on August 29th, the ’90s top-down shooter has had a restoration from Abstraction Games, the folks that brought Hotline Miami to PS3 and Vita, with consultation from Mike Montgomery, a founding member of The Bitmap Brothers.

The Chaos Engine takes place in a Victorian era of discovery and technology that have been corrupted by failed experimentation with an early computer – the Chaos Engine.

Players will choose one of six mercenaries, each with unique weapons and skills, to take on the creatures created by the Chaos Engine. You’ll battle through four unique worlds in both single player and cooperative modes. You can also play in either ‘Classic Mode’ or the modernized ‘Enhanced Mode.’

For the hands-on trailer of the game, be sure to watch the video in the player below this article. You can also check out their official website here.