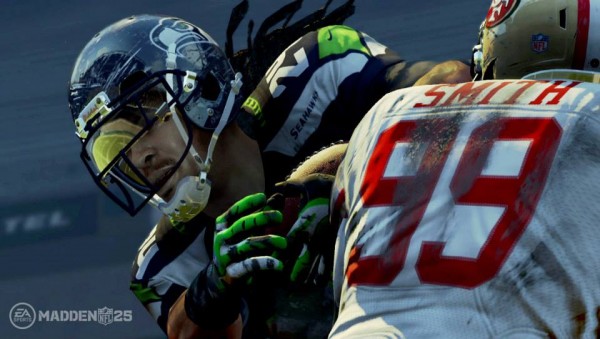 With Madden NFL 25 hitting stores yesterday in North America, EA Sports has released the game’s launch trailer which celebrates the franchise’s long storied history since it began over two decades ago set to the music of David Dallas. The game is currently out for the PlayStation 3 and Xbox 360, though a PlayStation 4 and Xbox One version are planned for release when those consoles launch.

As for Madden NFL 25 itself, it features a number of minor improvements in the running game as well as a new addition to the Connected Franchise mode, but feels like a rather minimal upgrade from last year’s version. You can check out our full review of Madden NFL 25 here.