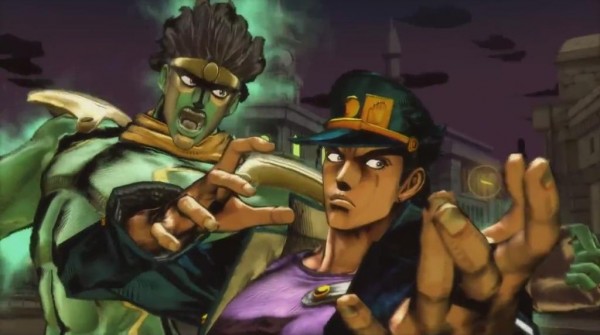 CyberConnect2’s new JoJo’s Bizarre Adventure game, All-Star Battle, is set for a release in Japan later this month which means people around the world are getting ready to start the incredible, supernatural and action-packed brawl that is JJBA: All-Star Battle. Well the people over at the All-Star Battle game HQ have added more fuel to the burning fire in our hearts by releasing a brand new Promotional Video of the game.It spreads over 5 miutes and it is just oozing with action and flare in a way only JoJo’s Bizarre Adventure knows how. They show off every series within JJBA and they also give us a glimpse at the two newly announced characters, one of them being Funny Valentine. They also show what seems to be a customisation option within the game. Head down just below this post to check out the full video and don’t forget that JoJo’s Bizarre Adventure: All-Star Battle hits Japan on the PlayStation 3 on August the 29th.