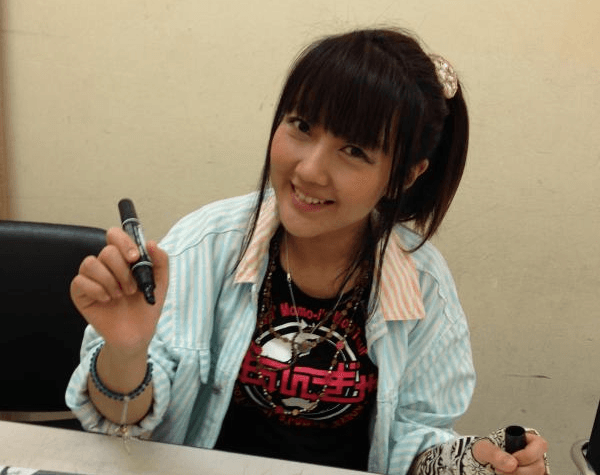 Ahead of SMASH 2013, at the Japan Foundation in Sydney we were able to have a chat with Haruko Momoi, popular Japanese voice actress well known for portraying Feyris Nyanyan in Steins;Gate. We discussed her origins in voice acting and singing as well as her thoughts on anime in general. Read on for the full interview with the lovely Haruko Momoi.

CC: Hello, thank you for sitting down with us! First of all, can you tell us how you got into voice acting?

CC: You have voice many characters from both anime and video-games. What do you feel is different about voicing a video-game character compared to an anime character?

H: In anime all the voice actors sit in the same room and act it out as it flows. Where as with a game you only need to be there when they are recording just your part. I feel that my acting is far more natural with anime because it feels more like actual acting. For games there is just a lot of lines of text. However in anime I can get into the mind of the characters and even do some extra stuff along the lines. In games you really are just reading those lines of text and making sure it is loud and clear for the gamers.

CC: What would you say is your favourite role to date and why?

H: [laughs] It is very difficult for me to pick just one! But if I must pick, the one that I really enjoyed playing was Seto San in ‘Seto no Hanayome’ (‘My Bride is a Mermaid’ in English). When I was doing that role I got to do a lot of jokes and have fun with it. Because of that it allowed me to really get into the role. I enjoyed that the character has a lot of tongue-twister lines that I had to do. I really enjoyed it all the way until the last episode. When I was doing that final episode I actually cried while I was doing the role. I really liked it. 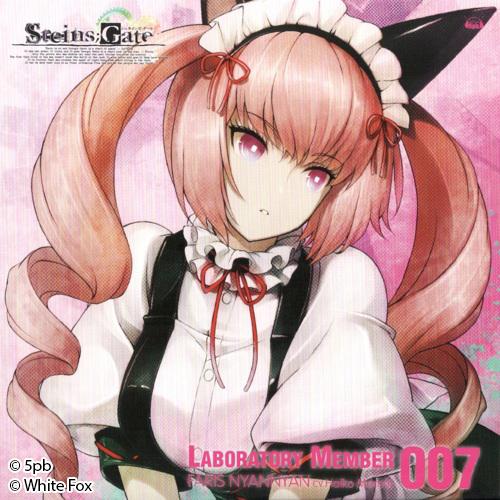 CC: What was it like working on the anime Steins;Gate? Many consider this series a modern anime classic. What do you think?

H: Ooooo! Well I feel that the fact it is set in Akihabara, which you could say is like a little city in Japan, is really surprising that it got very popular around the world. I enjoyed working on that series. But still it was quite a big surprise for me!

CC: Would you say that you and your character Feyris are alike in any way?

H: [laughs] Yes the fact that I have also been often hanging out in Akihabara makes us probably the same. Also I think because Feyris Nyanyan is a maid in the maid cafe and tries to entertain the customers and make them happy, I felt as a person who performs on stage in my own life that I try to do the same. So yes I really related to that part of her.

CC: Not only are you a successful voice actress, but you have quite an impressive singing career as well. How did you get into singing?

H: I have always enjoyed singing since I was a kid. I always sung at home and when I was in junior high school I started to compose. If you want to know what really made me start my singing career, I honestly can’t pick as I have been singing the entire time – my whole life.

H: When I am working as a voice actress, I pretty much have to become the character in order to carry it out. When I do it I have to think of how to approach the voice of the character, like wondering if the audience will like it or do I have to change it depending on how the fans receive it? Where as for singing I can be myself and show who I am. That is the difference for me.

CC: You have voice many anime characters over your career, it makes me wonder what is your personal favourite anime series?

H: I love Evangelion! I love it! [laughs] I even used to cosplay as Rei and Asuka I like it that much.

CC: Okay, to wrap things up, do you have a message for all of your fans?

H: This is my first time in Australia and I’m really enjoying it! I hope that if all of my fans ever have time to come to Japan please come to my ‘Live’ (concert) and I will sing there for all of you.

H: Thank you very much!