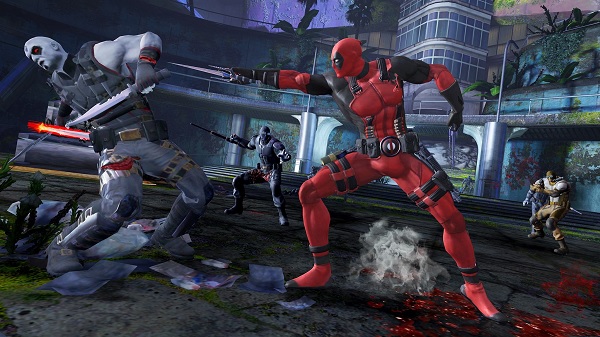 Today it was revealed by none other than Deadpool himself via Activision that the company has released some new DLC for Deadpool‘s game which was released last month. The DLC is available now for the PlayStation 3 and Xbox 360 and costs $2.99 or 240MSP depending on the console.

Those who pick up the “Merc with a Map Pack” DLC will be able to access two new maps for Challenge Mode, which are the GRT Plaza and the Inside the Tower maps as well as two new costumes for Deadpool to wear, an Uncanny X-Force Suit and his “D-Pooly.” Also revealed today was the fact that the Xbox 360 version of Deadpool has been released on Games on Demand. As for the PlayStation 3 version, you can check out our full review of that version here.