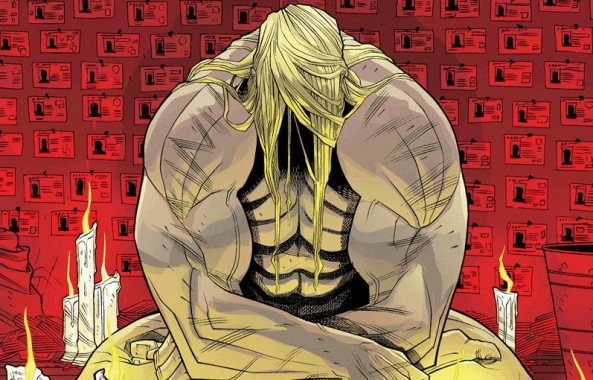 Here we are, back for another week with CC Comic Zone! Once again I am Frank Inlgese and this week I’m going to go for something a little different. The past two weeks I’ve spoken about Relatable Protagonists and Older Characters in Comics, Manga and Graphic Novels but this time around I’ve decided to try something new by doing something I’m going to call: CC Comic Zone – Character Spotlight. Character Spotlight will have me talking about some of my favourite characters in illustrated media and it will also be used as a way to introduce you to characters you may not know yet that I continue to reference throughout CC Comic Zone. The first CC Comic Zone – Character Spotlight will be on Luther Strode, the titular character from both The Strange Talent of Luther Strode and The Legend of Luther Strode which are some of the most action-packed titles I’ve ever seen. Let’s begin shall we? 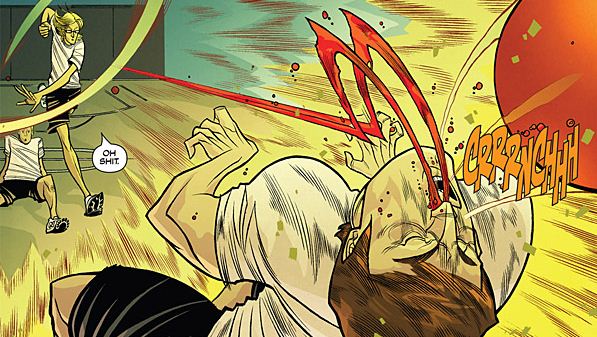 Luther Strode was a normal high school kid, he loves his mum, he loves his friends and he has a crush on a cute, punk-ish girl named Petra but Mr. Strode also gets the crud kicked out of him daily by a meat-head named Paul. That’s a fairly standard existence for a lanky, nerd like Luther Strode, it’s also what makes him a really good main character. I’ll explain that soon enough. Eventually Luther decides that “enough is enough”, he needs to find a way to stop this from happening, it’s ruining his life and he just can’t stand it, well Luther happens to find an advertisement in a crummy magazine, an advertisement for something called “The Hercules Method”. “The Hercules Method” boasted that it was a fast way to become strong both physically and spiritually, it’s a training regimen for your entire being and to Luther it was his last chance at stopping this problem once and for all, even if it is a long shot. 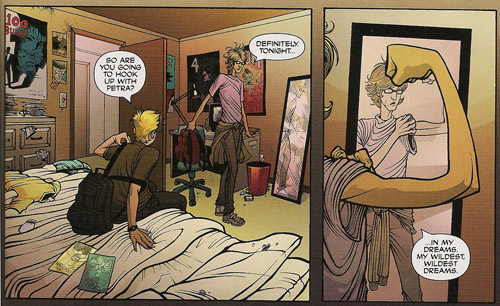 He begins training, he follows the steps and in no more than a week or so he has changed drastically, he’s no longer this string-bean of a man, he no longer has the muscle density of linguine, he’s a hulking mass of pure muscle. This is where the problems start for Luther Strode. He goes to school and shows Paul who the big dog is by breaking his jaw with a single punch but over the next few days some weird things begin happening, he breaks into a hallucination where he kills Paul, his best friend Pete and basically everybody standing around him, lucky it was just a hallucination but it was just too real for Luther to handle, he doesn’t know what to think and he definitely doesn’t know what to do about this new found “talent”. 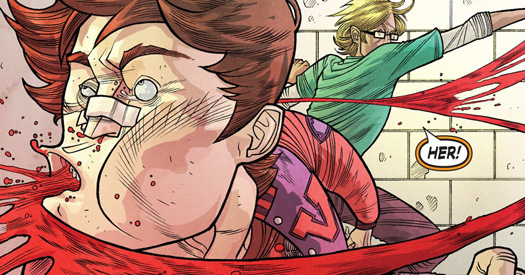 Let me just say that the story gets extremely epic and extremely gruesome as it continues, I’m not going to spoil anything for you, this is just an introduction after all. I think I like the character of Luther Strode so much because he was a normal guy who had real-life problems. Not only was he dealing with school and being attacked by bullies but he also had his Mum to think about who, before the series had started, was attacked by his father who continuously beat her. The fact that, once you dig a little bit deeper, Luther didn’t just want to become strong for himself but for his Mother is such a great thing for a character to have, especially a character like him that, by the end of the first book, is nothing but a bloodthirsty, killing machine that has been thrown into the world of carnage. 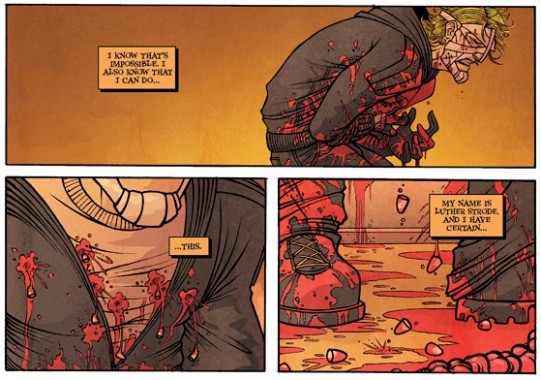 You tend to forget Luther’s origins by the time you’ve finished the book because this second “person” really takes the spotlight and you go to your friends and say something like “Jeez, Luther absolutely destroyed those guys” and you forget that Luther, essentially, was like us. He’s also one of the greatest Anti-Heroes that I’ve ever seen, honestly, I believe he is. He doesn’t just KILL any antagonists, he turns them into a piles of dead flesh and pools of stale blood. He destroys anything in his way but I don’t believe he’s ever killed an innocent person. Luther seems to take down lower thugs the same way he takes down powerful enemies which shows that he has not one shred of restraint, as long as he knows they’ve done wrong he kills them without a second thought. It seems like Strode has two modes: Kill and Not Kill. There is no grey area for Mr. Luther Strode. 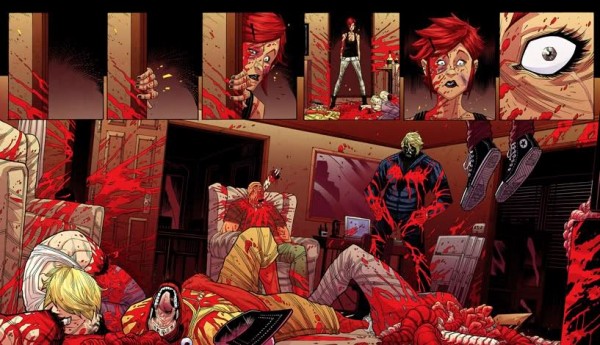 Strode’s transition from The Strange Talent of Luther Strode (First storyline) to The Legend of Luther Strode (Second storyline) is one that doesn’t seem drastic but it really is. It’s five years after the first story which means five years of more blood and carnage. Luther doesn’t seem to “turn off” in The Legend Of Luther Strode, he’s always on guard, he’s always ready for a fight and you know what’s funny? He still has the heart of his high school sweetheart Petra. Despite the events of both stories she still wants to be with him, or at least, be around him because, unlike the audience, she remembers Luther as he used to be and not so much as he is now. 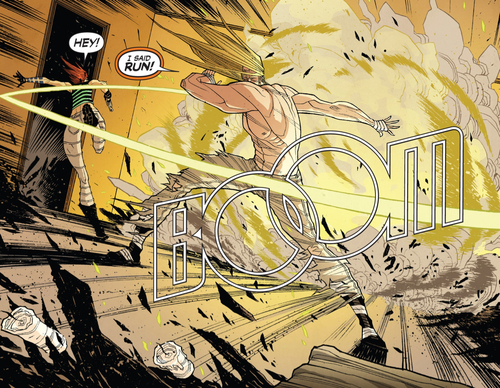 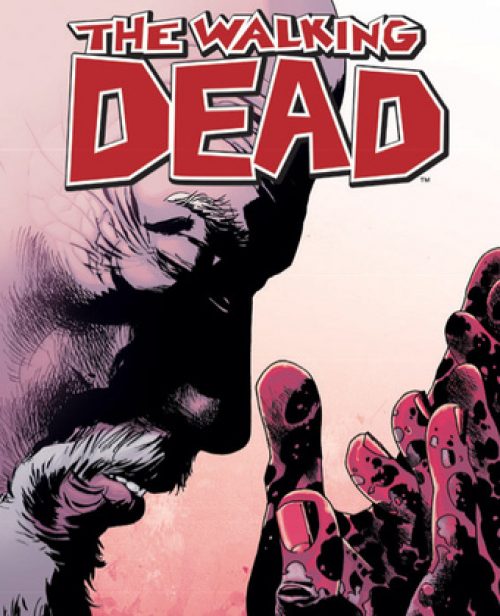