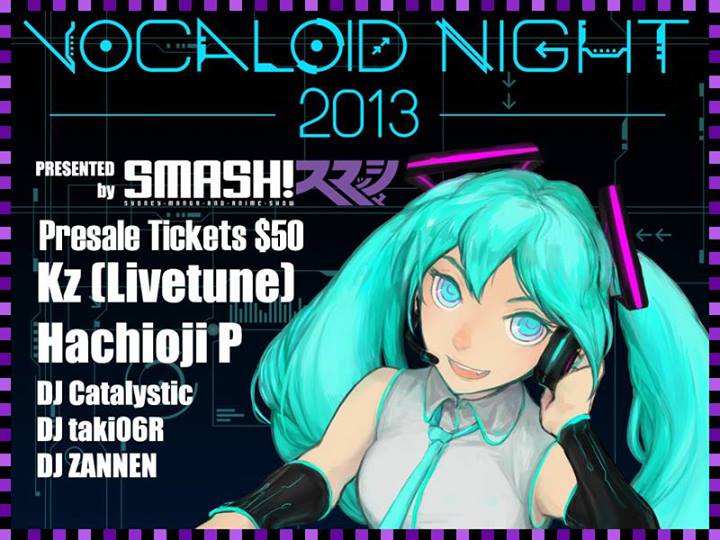 A short while ago, the Vocaloid Night team have shared a new teaser image for their upcoming event hosted by SMASH! on their official Facebook Page. This image is similar to the previously released images of the show, but is a lot more condensed and is straight to the point on what people can expect from the Vocaloid themed dance party.

Vocaloid Night 2013 is a dance party themed on the Vocaloid phenomenon. It’s most popular creation, Hatsune Miku, is a highly regarded pop icon, not only in Japan; but around the world. The event is coming to Darling Harbour on the 10th of August. Pre-sale tickets are at $50.

Be sure to visit the Official Site for more info.

Hatsune Miku arrives in the USA with Toyota commercials