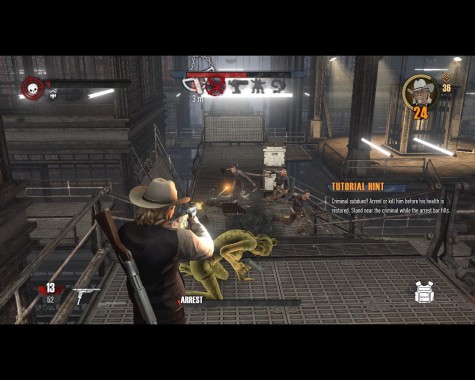 Today, Atlus have released R.I.P.D.: The Game for the Xbox Live Arcade, Playstation Network, and Steam. For those who are new to the brand, R.I.P.D. (Rest In Peace Department) comes from a new movie featuring Ryan Reynolds and Jeff Bridges, where two undead cops must go after the zombie-like foes that have invaded the human world. The game offers the same action, enemies, and humor from the flick, but is played as a third-person, wave-based shooter.

You can pick up R.I.P.D.: The Game on your preferred platform today for $9.99, and check out the movie when it launches this weekend.

Puzzle Dimension is out on Steam