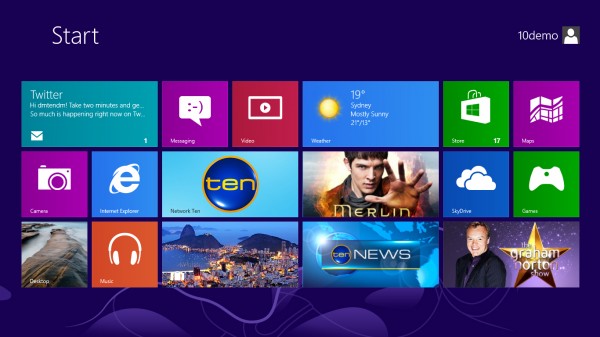 From Windows 8 to Xbox Live

Available to Xbox Live Gold members from July 10, the app will give subscribers instant access to a library of more than 25 programs from the three network channels – Ten, Eleven and One –  including Offspring, The Graham Norton Show, Bondi Vet, Bondi Rescue, The Living Room and Totally Wild. You’ll even be able to use voice and gesture commands to navigate the content with Kinect. Additionally, the app will also update you with the latest news from Ten News At Five and Ten Late News as it breaks.

This is the first product release in Ten’s TV ‘anywhere’ strategy. Our goal is to deliver a TV experience anywhere that consumers are engaging with video content. Ten’s TV anywhere strategy will be realised over time by a number of product releases across different platforms and devices.

This new agreement with Xbox expands the reach of Network Ten’s popular online catch-up viewing service, which is available through www.ten.com.au and has recorded more than 20 million video views so far this year alone.