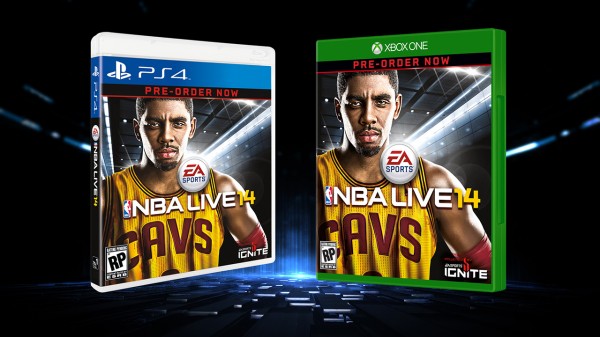 EA  have just unveiled the cover art for the upcoming basketball game NBA LIVE 14. The cover for the game will feature NBA star Kyrie Irving. He is the man who was first overall pick in the NBA Draft of 2011, the 2011-12 NBA Rookie of the Year and was just named an NBA All-Star for 2013. It is an impressive pedigree for Irving and being on the cover of NBA LIVE 14 adds to that.

NBA LIVE 14 will be released on the Xbox One and PlayStation 4 consoles later this year. You can check out the cover art featuring Kyrie Irving above in all its glory. Stay tuned for further updates on NBA LIVE 14 as they comes to light.