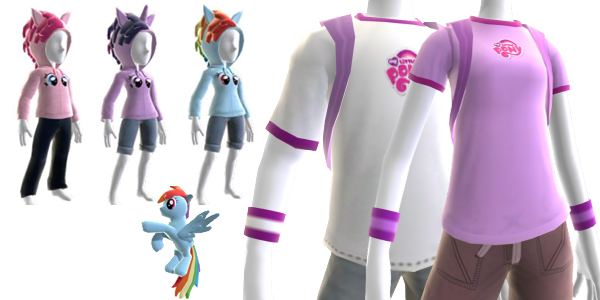 It’s happening, the My Little Pony fandom has begun to make it’s mark on the world outside of forums and browser games. It started with the release of the iOS My Little Pony Friendship is Magic game, where players have to re-build Ponyville and bring back all the residents who fled from Nightmare Moon’s eternal darkness, and is now continuing on with Microsoft’s latest avatar accessory release for Xbox Live avatars.

Microsoft has revealed My Little Pony hoodies for both men and women, backpacks and even a Rainbow Dash pet available for purchase. Microsoft hasn’t stopped there. There is also a My Little Pony theme to customize your Dashboard with. This won’t be the end of it. As the fandom’s reputation precedes itself, we should expect to see pets available for at least the rest of the Mane Six (Pinkie Pie, Fluttershy, Rarity, Apple Jack and Twilight Sparkle). It’s not like the Brony fandom to let one pony have the spotlight. There will be great debates and long threads, with Bronies arguing why they should have their favorite pony as a pet on Xbox. 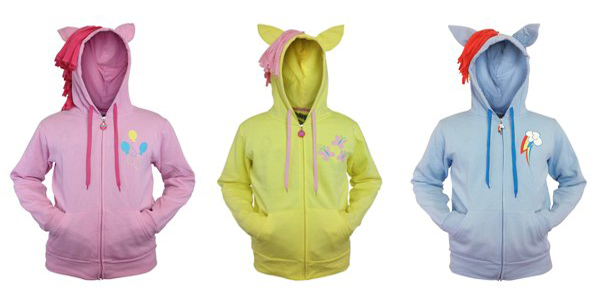 The hoodies are modeled off actual hoodies, and I myself own one of the Rainbow Dash ones. The prices range from 160 MP to 320 MP and can be found here.