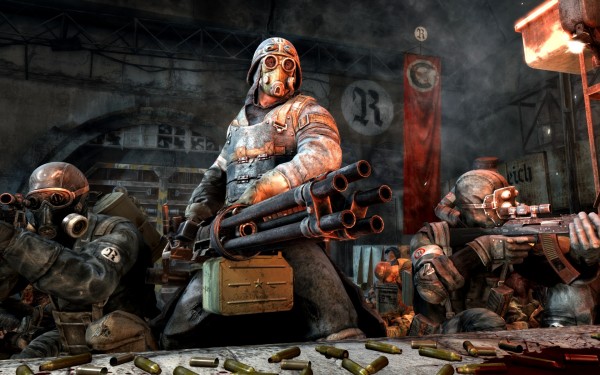 Today Deep Silver revealed their DLC plans for Metro: Last Light and good news, the first DLC will drop next week. The DLC is called the “Faction Pack” and will be available for purchase on July 16th on 360, PC and PS3 in North America while everywhere else gets it a day after that. The DLC for this great title will cost only $4.99 or 400 MSP.

In the Faction Pack you will play as a Redline sniper trying to infiltrate a Reich Outpost, a Reich “Heavy” defending the frontlines and finally a Polis Ranger going through a training mission. The company also detailed their future DLC plans which can be seen below, and all of which will be available for a one time purchase of a Season Pass that will cost $14.99.