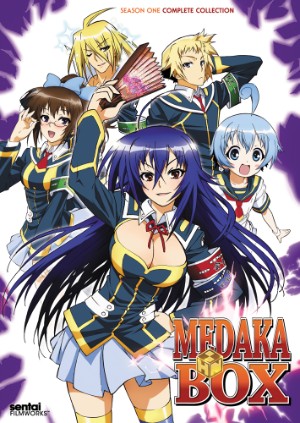 Yesterday Sentai Filmworks announced who will be handling the key roles in their upcoming English release of Medaka Box. The main characters will be voiced by the below people:

Currently Medaka Box is set to be released in North America on August 27th on Blu-ray and DVD and for those who don’t know, the story takes place in Hakoniwa Academy, a school with many secrets. After the newly elected Student Council President Medaka Kurokami creates a suggestion box where people can submit their problems, Zenkichi finds himself becoming a member of the Student Council. However the secrets of the academy are many and the powerful Medaka will soon come to understand just what this school is like.