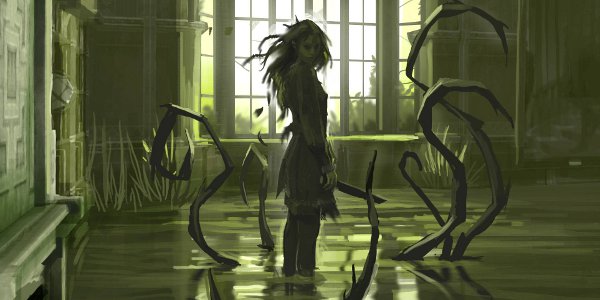 Yesterday Bethesda announced the release date for Dishonored‘s newest DLC, The Brigmore Witches. Continuing on from where The Knife of Dunwall left off, this newest DLC brings a close to Daud’s story. Your power, weapon and item upgrades, Chaos level and player actions from The Knife of Dunwall carry over into The Brigmore Witches through your save file.

In the up-coming DLC, after being betrayed by your lieutenant, you rely on feuding gang factions (the Dead Eels and the Hatters) to negotiate your way through the previously unseen districts of Dunwall as you find Delilah’s, the head of the Brigmore Witch coven, stronghold.  Equipped with newly added whale oil-powered stun mines and Chokedust, players set out through Draper’s Ward, exploring it’s streets, hazardous sewers and rivaling gangs’ home bases. Brigmore Witches allows the player to revisit Coldridge Prison, in which you must infiltrate to free the imprisoned leader of the Dead Eels.

As you quest to thwart Delilah’s plans, players are able to approach each mission in their own style. Daud’s redemption, or turn towards darkness, depends on the player’s skills and the decisions made throughout the game.  Only you can determine Daud’s final fate.

Dishonored‘s The Brigmore Witches will be available for download from August 13th. For PS3 and Steam, it will cost $9.99 and for Xbox it’ll cost 800 Microsoft Points.