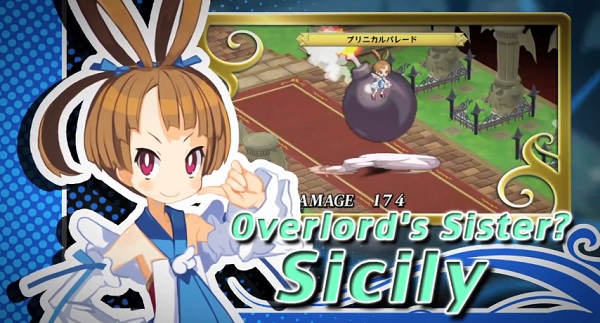 If you’ve been paying attention to Disgaea D2 since it was originally announced in Japan, the name Sicily likely isn’t new to you. For everyone else however, the character has just been revealed by NIS America in their latest English trailer for Disgaea D2: A Brighter Darkness.

The video can be found below and it not only introduces us to fan favorites, but also Sicily who claims to be Laharl’s Sister and also wants to be the Overlord and two other characters that weren’t detailed back when a very similar Japanese version of the trailer was released back in December. Currently Disgaea D2: A Brighter Darkness is set to be released on October 8th in North America and September 27th in Europe.