Let the battle begin! In Europe!

Chinese game developer MoreFunPlay have announced that they are ready to bring the much anticipated MMORPG Blade 9 to the European PC market.

Blade 9 is a tale of divine weapons, once wielded in unified form by a powerful god! 1,000 years later and the weapon has shattered into 9 shards – each taking on the form of a stylized Ruin Weapon. When these mystical artifacts combine, great power can be obtained for the bearer. Engaging features include the use of Merge Stones and the power of each of the nine Ruin Weapons – how long can each player hold onto one of these powerful instruments of destruction? The Ruin Weapons have been apart longer than living memory. Who will reunite the pieces and fight the forces threatening the world’s existence? This planet needs a new champion – could it be you?

In order to create a more user driven experience, the developers plan to listen to the Blade 9 community in order to see exactly what fans wish to be implemented. Users will be able to suggest new ideas and help shape the direction of Blade 9 in the coming months. 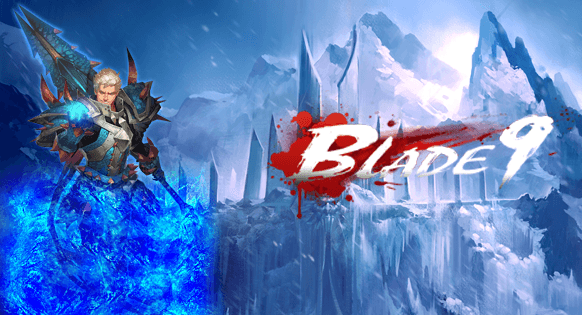 A Hero is born! In Europe!

‘‘We’ve had great success so far with the game in Asia and are looking forward to branching out with Blade 9 into European markets. With the level of user interaction and community creativity on offer, this will be a great opportunity for gamers to get involved with shaping the game in the direction they want it to go. We also have the very exciting Player Vs. Player (PVP) feature in-game, which is a key element when providing a healthy competition environment for those who are part of this growing online community.’’

Blade 9 is set to make its European debut in Autumn. For more information, visit the official site and Facebook page. Get ready to sharpen your blade!