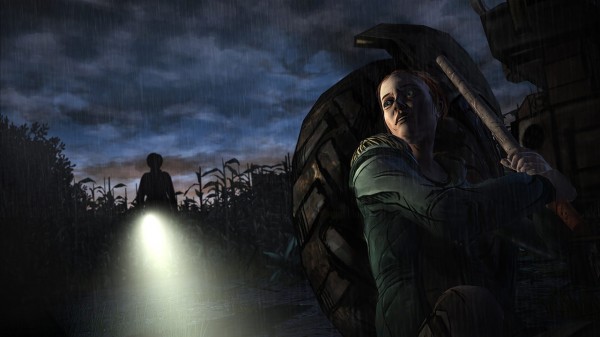 As you may have already heard, Telltale Games is working on a piece of DLC for the first season of their The Walking Dead video game and this DLC will be called The Walking Dead: 400 Days. It will feature five sections of gameplay where each section will feature a different playable character.

To help hype up the DLC, the company has released a new “Playing Dead” video where Sean Ainsworth, the game’s director, and Harrison Pink, one of its two designers, discuss some of their decisions with 400 days and how it will be affected and will affect other parts of The Walking Dead game. Currently no release date has been announced yet for 400 Days but when it is released it will be sold for only $4.99 or 400 MSP.