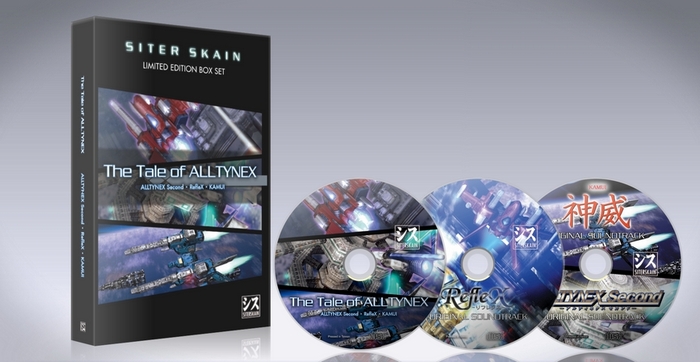 This morning, Nyu Media announced plans to bring the highly regarded shooter trilogy, The Tale of ALLTYNEX to a wider audience.  Developed by Japanese indie outfit SITER SKAIN, The Tale of ALLTYNEX trilogy comprises of three PC shooter titles games, KAMUI, RefleX and ALLTYNEX Second. The series has achieved legendary status amongst shoot-’em-up fans in Japan and already has a strong following in the West.

Thanks to trilogy’s legendary reputation, a Kickstarter Campaign that was run in April supporting the localization move surpassed its funding goal within the first 19 hours of announcement.

Players can look forward to getting to grips with the unique gameplay mechanics, carefully crafted gameplay experiences, destructive environments and engaging score attack gameplay that  has made the ALLTYNEX games renowned among shoot-‘em-up players across the globe.

All three games are on sale as a bundle at the ALLYTNEX and SITER SKAIN sites, as well as through GamersGate and Rice Digital. A Desura release is planned for the weekend and the title is also pending Steam Greenlight approval.