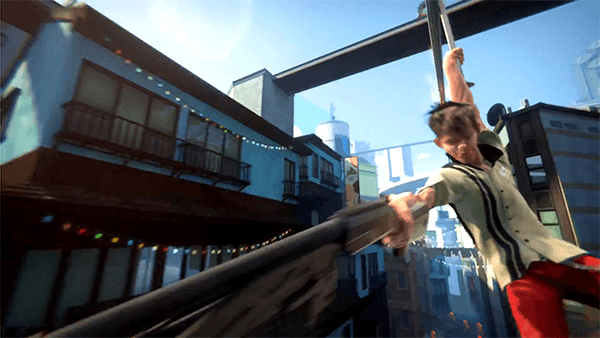 Fuse won’t be the last of new IPs from Insomniac Games. Today, the company announced their new game entitled Sunset Overdrive for Xbox One. This colourful and cartoony shooter will pit players against a city overrun by mutants. A teaser trailer has been released, showing off a world full of zip lines allowing players to quickly traverse the landscape with parkour style movement. The game appears to have some wacky weaponry like the vinyl disk launcher that is supported by more traditional weapons like the shotgun. A mysterious energy drink is teased in the trailer that seems to have an explosive effect when fired from the shotgun. Sunset Overdrive appears to be a multiplayer co-op game as name plates are spotted above the other human characters in the trailer.

Sunset Overdrive will be released for Xbox One. Check out the official E3 2013 teaser trailer below.