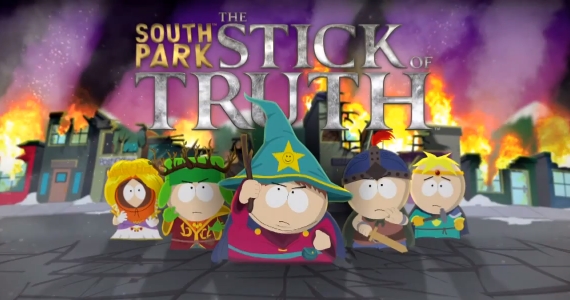 A hilarious new trailer has been released for South Park: The Stick of Truth! Debuted during Ubisoft‘s E3 2013 press conference, the trailer focuses on Randy Marsh teaching a valuable important lesson: never fart on anyone’s balls. In true South Park fashion the trailer isn’t shy about poking fun at itself, making reference to the game’s constant delays. Very little gameplay is shown and it’s unfortunately  short, but at least we get a couple laughs from a trailer that actually contains new footage. The game is due to out this holiday season on PC, Xbox 360 and PlayStation 3…or some holiday season…you know how video games are.