Overview
Though the starring role does not involve Hugh Jackman, The Incredible Adventures of Van Helsing created by NeocoreGames provides an escape to a fantasy full of mystery and magic. What kind of monsters might you encounter? Well, read on, and I might capture such evils.

Story
The Helsing family has proven its renown as certain deeds have not gone unnoticed. For these reasons a ghostly companion named Lady Katarina vows to aid Helsing through his travels for a deed done for her family not long ago. Useful in more than a singular fashion, the ghostly counterpart would die again – if possible – to help Helsing. 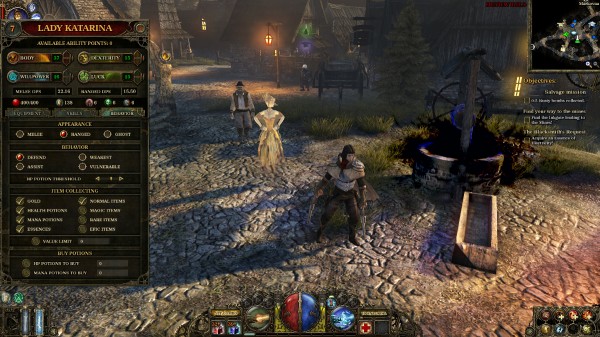 As you and your ethereal companion delve into quests that surround merchant disappearances and odd behaviors of once glorified monstrosities, you begin to question the purpose behind your actual involvement. “What is the underlying meaning, and who is the benefactor” – are questions that come to mind. Even vampires and werewolves have a different agenda with Helsing this time around.

Gameplay
Those looking to find action in an role-playing game have certainly found a winner here. With the options of selecting a higher difficulty right off the back, The Incredible Adventures of Van Helsing couldn’t be branded any other way than tough. Heroic difficulty pits your character against hordes of enemies right away leaving some instances with very little room to run. Experienced players will need to strategically place attributes into skills/magic to destroy the throngs of evil. 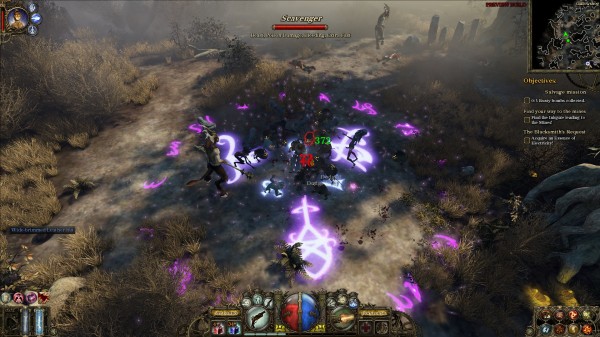 Which brings us to the next topic where Helsing shines further – customization. With only one playable character, Helsing can place knowledge in a variety of skills/abilities. Players can place skill points in melee attacks, ranged attacks, active abilities, or passive auras. Mix matching and devising your own tree makes for half of the fun for the title. Did I mention that your ghost companion has her own attributes as well as her own skill tree? Katarina can be a great range, support, or melee character depending on her advancement. I personally love it when she freeze enemies in their place. Makes for an easy kill or great distraction.

There are a couple aspects that I feel should be explained or introduced earlier on in the game. Your “mana” is not usable from the get go though actively appears next to your health bar. Deactivating or allowing the player to attain a mana using skill right away may deter the confusion of its purpose. Fitting right along-side mana is the acquisition of items known as essence. Essence can be used to add effects to certain items that you pick up in your travels. The negative aspect regarding essence is that you need to find a person to imbue the essence with an available item. Unlike gems from the Diablo series, you cannot socket an essence by yourself. 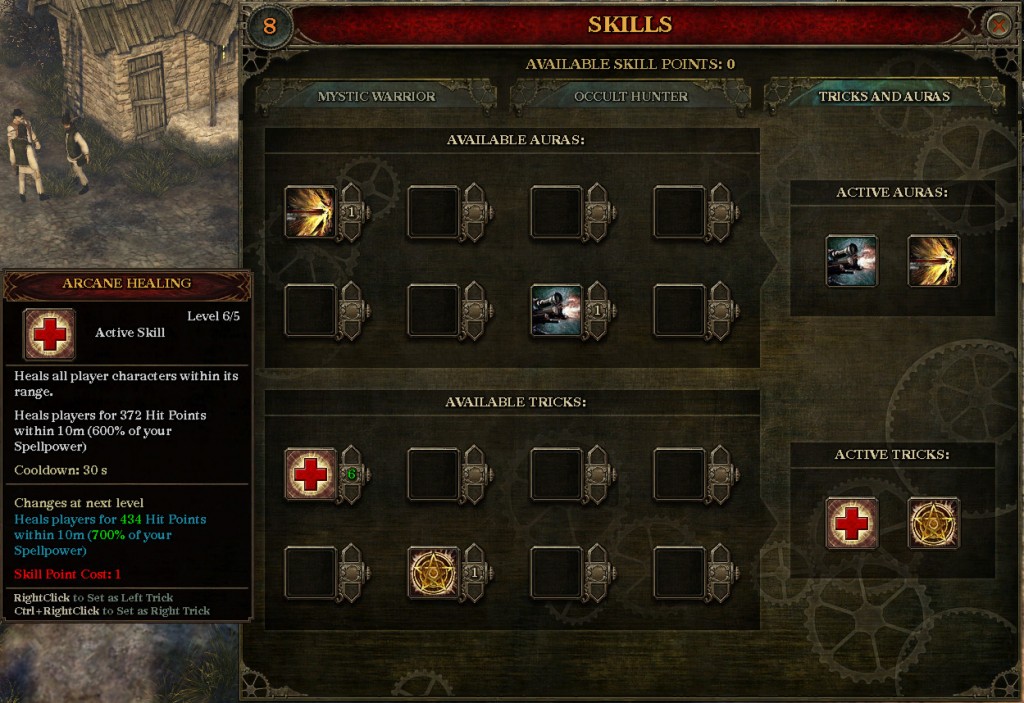 During my testing I found a minor glitch when upgrading my “Arcane Healing” skill. The title is set up to accept a limited number of levels in skill categories. An example of this can be seen when upgrading the skill “Arcane Healing” from 5 (learned)/ 5 (max) levels to 6/5. This strange appearance could be taken as a flaw in the game or as optimal bug. Who wouldn’t want to heal for more?

Audio/Visuals
Lady Katarina’s voice is very alluring. There is just something about the accent that makes you intrigued but readily cautious about her motives. And there is need to stay aware with her ghostly appearance changing from a calm vision to a murderous “she-devil”. Who knew something so attractive could be so deadly?

The visuals seem to heavily mimic the user interface of Diablo 3 in a variety of ways. First, any enemy encountered will have a health bar that is displayed at the top of the screen. If magically endowed, the creature will have abilities or status effects under the health bar. Other similar instances include item drops and the option of zooming the top-down camera closer to the playing character.

Conclusion
The preview build for The Incredible Adventures of Van Helsing may contain a few troublesome areas, but the overall gameplay proves to be an engaging experience. This can be especially said for the highest difficulty level! Those use to Blizzard’s Diablo should feel right at home in this gothic-noir setting. Though the title presents only one playable character, a deep skill map allows for an interesting array of monster slaying potential (ranged/melee). Let the fates of lycanthropy and vampirism bring everyone together for the game’s release on May 22, 2013!