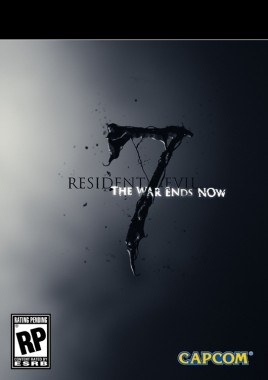 Is this the poster for the E3 2013 reveal of Resident Evil 7? That what a user on Resident Evil News is suggesting with this images and a few others, along with a message that would appear to be between the creator of the image and some named Henry. The original post is titled “CONFIRMED“, but we are far less convinced as the facts seem a little hard to swallow.

First off is the posts user claiming to be Adam Wilde by name, along with the images being placed on photobucket under the user adamwilde_fireme. While this would certainly be a bold move, the idea of someone in the industry blatantly asking to be fired by releasing information that is meant to be under wraps until E3 seems too unlikely. Not to mention that this was posted a few weeks back on May 8th.

While this could turn around to be true, the fact that the news hasn’t exploded all over the internet nor been attempted to be removed by Capcom seems to point to this artwork just being another fan looking to show off their skills. It would be interesting to see Resident Evil make an appearance at E3 this year, but we’ll probably just be waiting until then. Those that want to dream about what could be though can certainly check out the other images attributed to this adamwilde_fireme by viewing the screenshots in the gallery below or leave your own thought in the comments below.