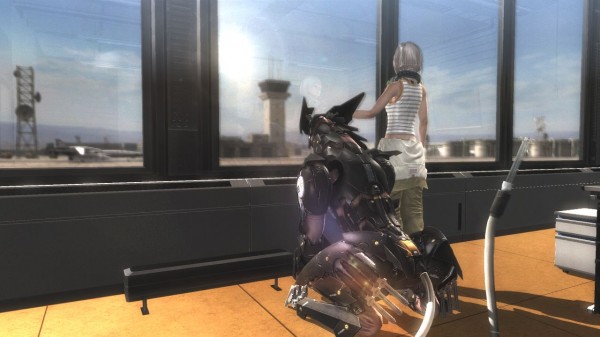 Today Konami announced when fans of Metal Gear Rising: Revengeance can expect the next piece of DLC to drop for the game in North America and Europe. The Metal Gear Rising: Revengeance Blade Wolf DLC pack will be hitting the digital marketplace on May 14th in North America on both consoles and while the 360 in Europe will receive it on the same day as North America, the PS3 version will be released on May 15th instead. The DLC will be sold at a price point of $6.99 or 560MSP depending on your console of choice.

As for the DLC itself, players will be playing as Blade Wolf, or LQ-84i as he was known before meeting Raiden. The company provided a brief story summary and a number of screenshots, both of which you can find below:

Reactivated by Desperado Enforcement’s leader Sundowner and serving under Mistral, the DLC reveals LQ-84i’s story prior to his battle and eventual partnership with Raiden, and his transformation into Blade Wolf. Players can battle countless enemies using an arsenal of weapons and abilities, culminating in an all-new boss battle.