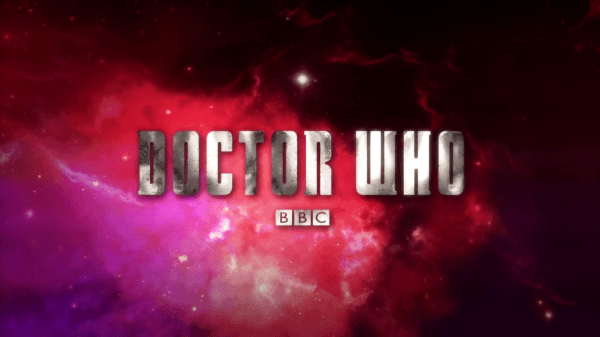 I think that the content within this analysis should come with a warning, so in the words of the great River Song, this article contains “Spoilers, Sweetie”. This is because we will be focusing heavily on the events that occur within the final episode of the latest run of Doctor Who. This is an episode that has left us on a cliffhanger of epic proportions, and that has also left a lot of us with many questions. However, for this analysis, we will be focusing on the biggest question of all: just where does John Hurt’s The Doctor fit into the Doctor Who continuity?

As we previously reported, the final episode of the series was leaked early to pre-order customers over in the US, so some viewers have had an opportunity to analyse this final scene for a bit longer than most of us. However, the rest of the world has only had roughly a night or so to postulate on the identity of this latest incarnation of The Doctor.

At the moment, the consensus within the Doctor Who community is that he is the regeneration between the Eight and the Ninth Doctor based around a few facts:

Now, if we were to take these as they appear, it would mean that we will be getting either a new season of the series set within the Time War, or we would be getting a spin-off series happening concurrently to the current run of Doctor Who. As it stands, either of these happening would be pretty awesome as I’m sure a lot of fans (myself included) are curious as all heck to find out what happened during the Time War. That period has the potential to be one of the greatest Sci-Fi action series of all time. 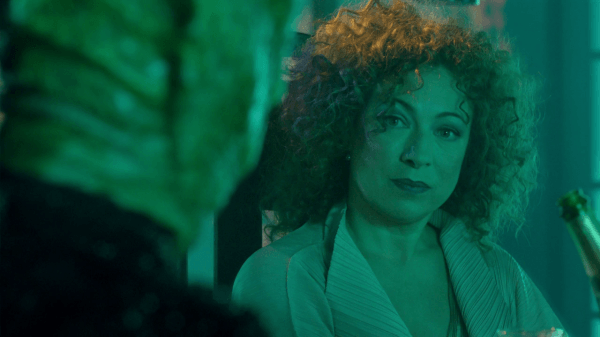 However, I believe that the fandom has missed out on a lot of the subtle hints strewn throughout the episode that reveals that this is actually the next incarnation of The Doctor, and quite possibly even be his final incarnation. Now, initially when I went online after the episode had aired, I kind of expected a lot of viewers within the fandom to have a similar view to myself based on what was shown within the episode. However, this was not the case. As I stated above, I am perfectly open to the reveal as being a previous Doctor, but the way a lot of things clicked together in the episode led me down an entirely different path.

Let’s look at those titles a little more closely. While it’s possible that as the incarnation between the 8th and 9th Doctor he did actually rule over something as a cruel tyrant during the Time War, this kind of goes against established canon. The canon states that during the Time War, he committed an atrocity and then Time Locked the event. While being a tyrant is atrocious, it assumes that he still led some kind of overwhelming force. It has always been assumed that The Doctor ended the Time War solo.

Now, let’s add the Slaughterer of 10 Billion to that. It’s starting to make a bit more sense, maybe he actually did lead 10 billion inhabitants to war as a cruel tyrant. However, the Time War was a war between Time Lords and Daleks, with a few minor time-traveling forces thrown into the mix. 10 billion is not a minor force. There aren’t even that many Time Lords and Daleks. Do you know what has close to 10 billion people though? The Earth. While it’s doubtful that a current version of The Doctor would rule over them, a future incarnation might see it as a good idea given a certain set of circumstances. 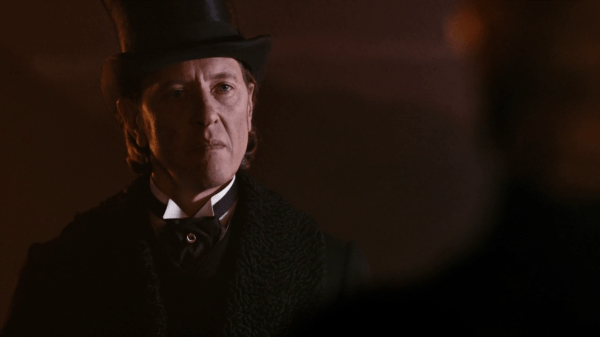 And finally, let’s look at The Final Darkness. This assumes that he is an end-point. A final boss. The bad guy. The villain of villains. This is a point that you don’t come back from. You can’t just regenerate away that kind of evil. This is why it has to be the final incarnation of The Doctor that does these things. Not only that, but the canon specifically states that at The Doctors final regeneration he becomes The Valeyard. And while a storyline about a dark Doctor would be good, a more dramatic story would be the one about how he goes from a cheerful happy-go-lucky Doctor into the dark and twisted Valeyard.

“It was a minor skirmish by The Doctors blood-soaked standards, not as great as the Time War, but enough to finish him. In the end, it was too much for the old man. […] And he will have other names before the end – – Storm, the Beast, The Valeyard-“. This was stated by the Great Intelligence towards the middle of the episode, a version of the Great Intelligence that I believe is a future version of himself. It’s almost as if The Doctor hasn’t yet hit his lowest point. This seems to be a build up to something that will probably be revealed later in the episode. Quite possibly even the point in where The Doctor is consoling himself about the bad things he’s done while he’s rescuing Clara.

The first hint that I picked up on was actually a little later in the episode when Clara and The Doctor are traversing through the catacombs below the TARDIS. As the scene goes, they’re traveling through and suddenly Clara is taken aback and realises that she has a lot of memories from her previous self before The Doctor reset the universe in a previous episode. Now, a lot of fans would have just dismissed this as tying up a loose end from earlier in the series. I know I sure did. At the time, anyway.

The reason I picked this scene out is that later on The Doctor, The Great Intelligence and Team Britain have made their way into The Doctors tomb and The Doctor is explaining all about how time creates scars and how journeying through time is serious business when he suddenly collapses. Now, this isn’t a normal kind of collapse, if you watch the scene with Clara’s scene from earlier in mind, you’ll notice that the same effect is played as The Doctor falls over, indicating that he is receiving the memories from Doctors past and possibly even future. Now, it is my interpretation that The Doctor now knows what it is that he will be doing in the future and as such, this scene ties in directly with the final scene later on in the episode. 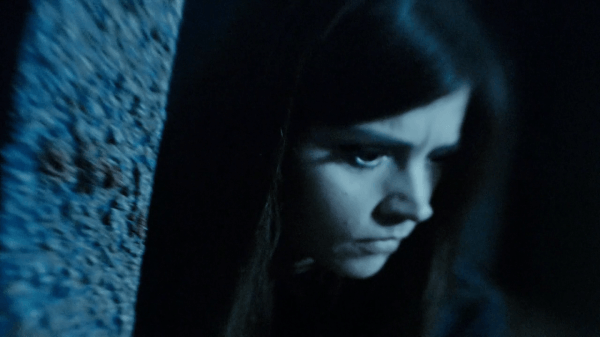 Okay this next hint isn’t exactly big, but it is noteworthy if you look at it hard enough. In the scene where The Doctor makes out with the incredibly beautiful River Song, she makes a reference about Clara still being alive because she is still mentally linked with her and that is how she is still around to make out with The Doctor. A scene later, we find out that Clara is alive and standing in an area that is rather barren and possibly an area where The Doctor has been exiled, or has exiled himself to. Those of us paying extra attention, will have noticed that it is actually Trenzalore. As far as continuity goes, this episode is the first time that he has been to the planet. If not, then the TARDIS might have been okay with landing there right near the beginning of the story, heck, even The Doctor would have been a little more okay with heading there. He’d definitely know the secret entrances to his own tomb.

Lastly, I have to admit that the conversation at the end with The Doctor and The Doctor does really push the point that what he did has already happened. However, due to the effects of wibbly-wobbly-timey-wimey and the possibility that The Doctor had retrieved his memories from a future time stream, as shown earlier in the episode, it is entirely possible that he simply talking to himself in a manner that he himself would accept. Alternatively, it seems like he already did it because he has the memories of doing it because of the convergence. I will concede that this portion of the episode does contain some Evangelion level of meta-physics to it and it’s entirely possible that all of this particular scene existed solely within the realms inhabiting The Doctors mind, even if this was supposed to be all of The Doctors own time stream.

The last piece of evidence I would like to present is the way in which the final scene was presented. There was no resolution sequence; instead we received a cut stating that it’d be resolved in November. Add to that that The Doctor was introduced with a flashy on-screen display, instead of just being treated as a past self. We can tell from this that it’s possible that we will be getting an off screen regeneration with the 11th Doctor very soon. Maybe not in November, but definitely before the end of the next season. Either that, or we’re getting a spin-off series/movie. There is no other reason to add captions to that scene other than to introduce a new Doctor because the older one was not available to shoot a regeneration sequence (here’s a picture of Matt Smith with a shaved head for a movie role, here’s another story with casting confirmations), or that it is impossible for storyline reasons. Moreso, on the production side, they could have really cast anyone as that version of The Doctor, but we have to think about why it was that the scene was portrayed in that way on screen. 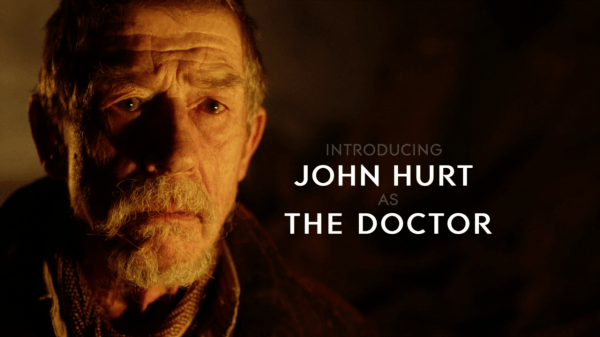 There is actually a hint here that Moffat has been alluding to since the beginning of the sixth season, or the second of the eleventh Doctors series, where The Silence states that The Doctor will fall at Trenzalore. We didn’t see this happen on-screen (unless you count the fact the he fell over), which leads us to believe that this Doctor will be dying very soon. Quite possibly even in November where the next episode is stated to air.

While it is possible that John Hurt’s portrayal as The Doctor is the incarnation featured within the Time War, and I still think it’d be incredibly cool if he was, it appears that a lot of subtle hints have been strewn out and about within this latest episode. These hints can be interpreted in such a way that will lead the viewer to see that he is actually going to be the next Doctor. It is clearly evident that the Doctor Who team is doing something with this new character, but if I was to put anything down on it, it’d be on the side that he is a future Doctor and not a past one. Also, BBC, Doctor Who Time War movie when? 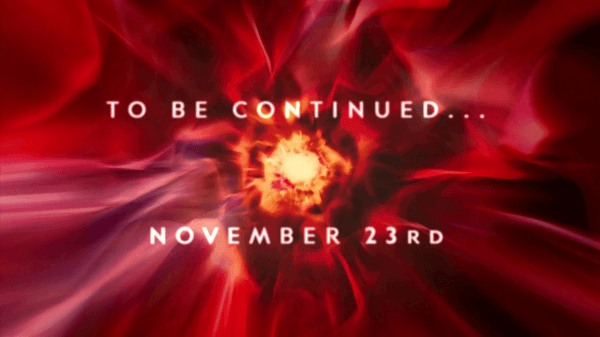