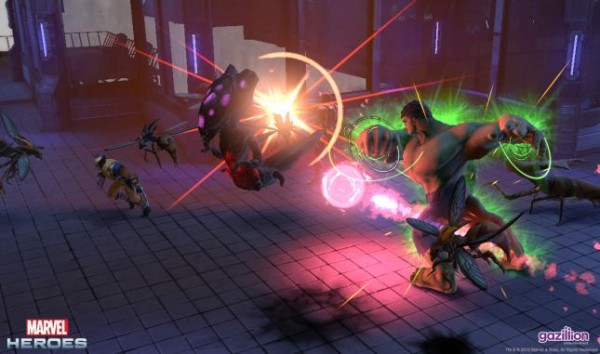 Gazillion Entertainment have released the 4th ‘Developer Diary’ for their upcoming free-to-play, MMO A-RPG game, Marvel Heroes, which releases on June 4th for PC and MAC.

This video, which can be viewed embedded at the bottom of this article, is entitled “The Voices of Marvel Heroes”, focusing on the voice-over talent that the studio contracted to play these iconic superheroes, with input from Marvel themselves of course. Many of these actors will be familiar to you; mostly because they are reprising their respective roles from other spoken-word media. Watch it now to hear from the cast, which includes Nolan North, Tara Strong, Scott Porter and Keith David amongst many others.