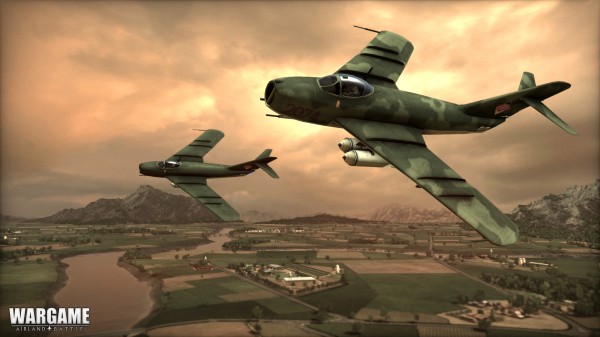 Eugen Systems and Focus Home Interactive have already shown off the English units in the last set of screenshots Wargame AirLand Battle, so now they are giving a look at another country, Germany. Playing its part as both NATO and Warsaw Pact, the divided Germany features two different lines up with the FRG (Federal Republic of Germany) and GDR (German Democratic Republic). The screenshots show off both sides, so let’s take a look at some of what each has to offer.

Showing off the FRG’s air units, players can see the F-104G “Starfighter” and the Panavia Tornado, while the GDR features a heavy Soviet influence. The GDR shows off both air and land units, such as the T-72 main battle tank. Since they’re mostly Soviet the air craft the GDR are toting include several Migs, including the Mig-17 and Mig-21.

Players interested in checking out what German units they can see from both sides of the conflict in Wargame AirLand Battle can view the full-sized screenshots by clicking on the images in the gallery below, while waiting for its release sometime this year.

Of Orcs and Men – Worldly Screenshots

Of Orcs and Men – The Angry Orc Screenshots