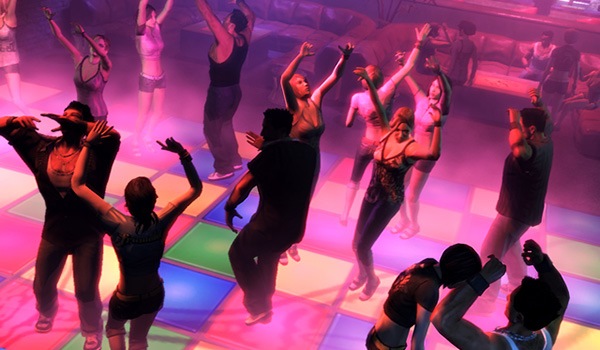 A whole set of tracks have been compiled into playlists on Spotify and iTunes from the radio stations of Grand Theft Auto IV, Episodes from Liberty City, San Andreas, Vice City and more.

So far these are all the songs and music currently available on each service, and to relive fond memories those brilliant radio commercials can be heard on The Advertising Council.

Be sure to also check out the latest screens from the upcoming Grand Theft Auto V if you haven’t already done so!

A reflection of the diverse sounds of Liberty City, the epic in-game soundtrack of Grand Theft Auto IV and Episodes from Liberty City features 19 unique music stations with everything from modern East Coast hip-hop to Eastern European pop. These playlists also include the adrenaline-pumping additions in The Lost and Damned as well as the club anthems and rare disco classics featured in The Ballad of Gay Tony.

The music of the Grand Theft Auto: San Andreas soundtrack spans the entire FM radio dial of the West Coast during a particularly influential period in American music and culture. From Willie Nelson to Public Enemy, Rick James to Humble Pie, Soundgarden to James Brown, En Vogue to Black Uhuru…

Take it all the way back to the 80s and take the Vice City radio dial with you wherever you go – from the soul stylings of Fever 105 to the chart-toppers of Flash FM to V-Rock’s headbangers and more.

The first entry in the Grand Theft Auto series to mix licensed music tracks with original ones created specifically for the game, Grand Theft Auto III’s soundtrack is the perfect complement to the dark and seedy underworld of Liberty City – rock out to Salvatore Leone’s favorite arias from Double Cleff FM, Toni’s glory daze tunes from Flashback 95.6 and more.

In addition to including popular mainstays like Double Cleff FM, Head Radio and Lips 106, this 1998 incarnation of the Liberty City radio dial also features the world music stylings of Radio Del Mundo as well as DJ Clue’s The Liberty Jam.

While not stations in the traditional sense with hosts and commercials like the above entries in the series, we’d be remiss if we didn’t include the available selections from the instrumentally infused soundtrack for Grand Theft Auto: Chinatown Wars.

Let us know what you think of the Playlist for GTA in the comments section below.