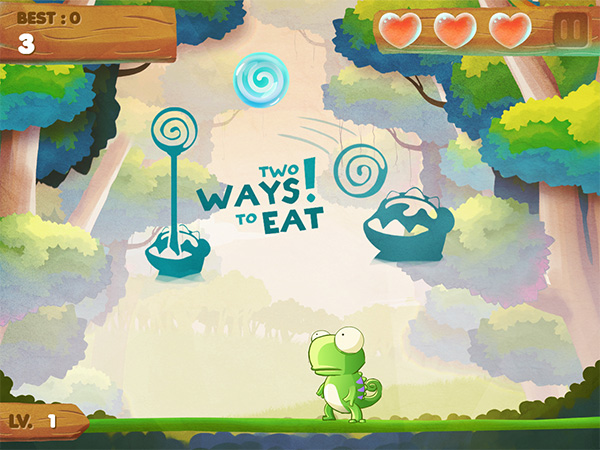 Developer Levelloop and publisher BulkyPix are releasing their new candy-eating chameleon game for iPhones and iPads on May 2 via the App Store. The aim is to catch all of the candies falling from the sky before they hit the ground.

To spice things up the gameplay features a combo and experience system with the player collecting money from the swallowed candy. Not everything is edible however, as falling piranhas, giant spiders and poisonous confectionery pose a danger.

The game has two gameplay modes, upgrades, skills and 9 species of chameleons to unlock. Social integration is playing a central role as well with Facebook support to play with friends and compare scores.

Call Center Sim Smooth Operators is BulkyPix’s Next on iOS