Introduction
We here at Capsule Computers are no strangers to internal debate, being a group of persons with similar tastes, but not one minded.  It stands to reason then that every once in a while a debate may spring up during general conversation, related or deriving from news on any given day.

Recently, it came out that Telltale’s The Walking Dead game (full article) had finally received a rating in Australia after being rejected initially.  Though surprisingly to the already existing MA15+ rating instead of the brand new R18+ rating.  Why had it not received this intially? Needless to say discussion brought up other seemingly mishandled ratings and the debate went from there.

The Host
So all you silly lemmings, let’s take a look at this – – shall we? Ratings!? What are they, why do they exist? What are some obnoxious examples that we all disagree with. I’m Benjamin Webb and I’ll be the one adjudicating the upcoming mess. I’ll let you guys take it from here.

Well how the heck did Naughty Bear: Panic in Paradise get an initial E 10+ rating?

That game is all about killing, suicides, and doing very bad things to teddy bears.

Who plays with teddy bears and wants them to commit suicide?

The kind of people that enjoy Conker’s Bad Fur Day.

—
Do you guys even debate? No points awarded anywhere.
—

Pre-teens should not play that game.

—
Negative one point to JoMo for being a pretentious twat.
—

As long as there is no blood, the rating fits.  That’s how giving ratings works.

Psychologically, that’s (explicit) up. Naughty bear is clearly made for an adult audience given the content. Visually seeing a “bear” shove another “bear” into an open lawn mower…

—
Point 1 to Simon. Josh, man, I see this on cartoons all the time. Especially the ones dedicated to hyper-active children.
—

What about visually seeing a mouse replace a cat’s cigar with dynamite?

De-sensitization of violence at its finest being distributed to children and  that too was intended for an adult audience.

It was intended for both adult and child.  Some of the things for one age group to enjoy or both.

I can agree with that; however, death does not truly exist within many of these cartoons like Tom and Jerry. This game is visceral in its display and graphic on the intent of killing. I suppose it could be debated what is worse, but with a child’s mind so drastically picking up everything a game like Naughty Bear displays is totally unsuitable.

Fair enough, but any child for which it is unsuitable generally isn’t going to the store to buy games by themselves.  If they are, they have bigger troubles.

Then again a child does not need to go out and buy it at a store with online markets and a parent’s credit card.

—
JoMo is on fire. Like, almost literally; can someone please put him out. Another point.
—

As this title is online over Xbox Live.

True, but still parents can and should know what their kids are playing/purchasing.

—
Simon making a comeback. One point.
—

And what it sadly comes down to is ignorance; I met a mother that asked me if I thought Dishonored or Black Ops II was suitable for her child of 13. I said no. She said this back, “Well, all of his friends are getting it. And it will keep him occupied.”

Then the option to go with is Dishonored, because the killing or not is an option unlike Black Ops II.

I sadly accept this as a undeniable truth as to where our society is going to as a whole. Desensitized to killing with increasingly younger children picking up these games to be “occupied”.

—
JoMO negative one point, trying to tell a parent how to raise their child.
—

Simon Wolfe: That’s just like our generation had parents turning on the TV to whatever to keep us “occupied”.

—
JoMo another negative, I’m pretty sure most now 20-30 year old gamers grew up on games just as violent.
—

No, it was turned to whatever was popular.  But, you’re missing the point, the same thing occurs with every generation, it’s just a new medium to deal with.  People want easy answers, like that mother asking YOU what to buy HER kid.  It shouldn’t matter what content is in a game or what it’s rated, it should be parents keeping unhealthy material from their kids, not the gov or developers.

At the same time as I agree with your statement of unhealthy material; I still believe that parents require education from some source about these video games before they decide to purchase a game for underage personnel.

—
Simon plus one for common sense.
—

Game ratings have those, parents for the most part seem just ignore it.

I undoubtedly agree with the fact that so many in the public deliberately overlook or even disregard such ratings. The idea is that this public form of identifying ratings has become nothing more than a cancer/death warning on the side of a cigarette carton. Personal accountability is up most important for being a parent in the past, present, and future. (Here comes a potential resolution or hanging question) But does this potentially damaging content for younger audiences need to be written/presented more clearly in our technologically advanced society in more than just a “stamp”?

—
A stamp is better than what they’re doing to cigarette packets over here. Do you want games to be as heavily policed as cigarettes, is that what you’re implying? No points given or taken.
—

Unfortunately as little as the “stamp” seems to be doing currently, any attempt at presenting such a disclaimer or rating more clearly would do nothing more than become overlooked in time.  Imagine online content, such as PSN or XBLA games going so far as requiring a read and understand screen about the products content before progressing.  This would benefit by adding an obstacle, but over time would simply become another screen to click through, that could be just as easily overlooked as the current rating system.  In the end, no change can be made to make such “stamps” more clear that wouldn’t just act as a quick fix that loses its effectiveness down the road.

As I understand from your statement, any disclaimer would be similar to putting a Band-Aid on a severed limb. I remain strong with personal beliefs towards this subject of identifying a clearer disclaimer or rating system, but as we both have stated people will ignore such attempts of clarity. I suppose my point is that gamers, developers, and parents need to continue to vocalize their concerns for the development/ratings of video games with questionable content accessible to younger generations.

Indeed, the ESRB rating for North America and similar ratings around the world do the best they can to accurately label games for the content they contain, such as alcohol or drug use, adult themes, varying levels of violence, but they only do as well they are read.  As responsible gamers, it is our duty to make sure these are utilized to their full potential and deny those looking for easy answers, it’s on the back of the box read it.

So now for the winners to be announced. We have, to the right, JoMo on 0 points (it doesn’t matter what the scores were during the match, these change because I say they do) and on the right we Simon Wolfe with 4 points. I’m to the left.

So congratulations to Simon! You win an untamed Panther and the ability to go on to the next round. JoMo, you get to pick the next topic. Adios!
—

Stay tuned for Episode 2 where Simon will defend his point on a random topic selected by JoMo! Until next time “Play Hard or Don’t Play at All!” 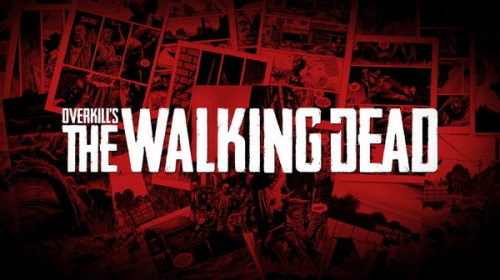